Well construction in times of the pandemic

An interview with the well builder Luiz Sikorra

Countless people in Bahia do not have access to safe drinking water. What does that mean for them in times of a pandemic? Nobody can answer us this question better than our well-builder, Luiz Sikorra, who has been digging wells for the Bahia’s local population with the help of his team for more than seven years now.

Luiz, what is the current situation like in Bahia, in light of Corona?

The situation is not good at all. We are currently in the middle of another lockdown and everything is shut, apart from the supermarkets and food shops. Despite the fact that temperatures constantly hover between 35 and 40 degrees Celsius and people spend most of their time outdoors, the infection rates are very high. The hospitals in this region are overrun and can’t take in any more patients. This means that people suffering from other health problems aren’t being treated at the moment. In addition to this, many businesses haven’t survived the economic crisis which has been caused by Corona and many people have become unemployed over the last few months.

How are people managing with the situation?

The local population is doing its best to survive the current period. Wearing a mask has become the norm for many people and when you’re out on the streets, it’s clear that people are trying to keep their distance from one another and reduce their social exposure. People here are very afraid of catching Corona virus and, due to this, they’ve become much more careful. I’m scared too. I know a lot of people who have had Corona. Some of them have had it badly, some have only experienced mild symptoms but nearly all of them have suffered from the long-term effects. I have a weak heart and therefore belong to the risk group, which is why I’m particularly careful and strictly follow all protective and hygienic measures. I am very grateful that I have the opportunity to do this. Because the sad reality here in Bahia is that many people don't even have enough clean water to wash their hands.

To what extent is your work as a well-builder affected by the current crisis?

At the moment it’s really difficult to get hold of the necessary building materials. Companies who used to deliver to us have gone under. There often aren’t enough raw materials for production and delayed deliveries are also a big problem. We’re still able to build our wells despite all this. But I’m worried about the rising price of materials needed to build a well over the last few months. For example, the pipes which we use used to cost 63 Real before Corona hit. Now we have to pay 110 to 120 Real for the same pipe. And this at a time when access to clean water is more important than ever. My team and I increasingly sense the desperation of people who still rely on water from contaminated sources. They are scared. Not just of Corona but also of the many diseases that can be transmitted through the unsafe water. In times like these, when hospitals are full to bursting, this situation can get particularly dangerous for children, the elderly and people with weakened immune systems.

What role does well construction play during this pandemic?

Our work has always been important and has helped save the lives of many people over the years. Safe drinking water is crucial for survival and it is a crying shame that there are still so many people who don’t have access to safe, clean drinking water in the 21st century. Corona has made our work even more urgent, however, because it is a disaster for pandemic containment that so many people here simply do not have water to implement the simplest hygiene measures. It’s really important that as many people as possible get access to clean water as quickly as possible so that they can protect themselves and others. We give out soap free of charge to those who need it and hold hygiene training sessions to educate people on proper hand washing, among other things. Thanks to the people who have donated to the well construction project through the Greenfinity Foundation, we have already been able to construct 346 wells since the beginning of the project and distribute countless soaps in the last few months.

Is there anything that you’d like to say to our donors?

Yes! It is important for me to personally thank each and every donor! Your contribution helps us a lot here in Bahia! We finance the well construction exclusively through donations and I don't even want to imagine how much worse the situation here would be now, without the many wells we could build in the last years thanks to you. I don't know if you can imagine how much your help means to the people here. But I hope you know that you are saving lives! 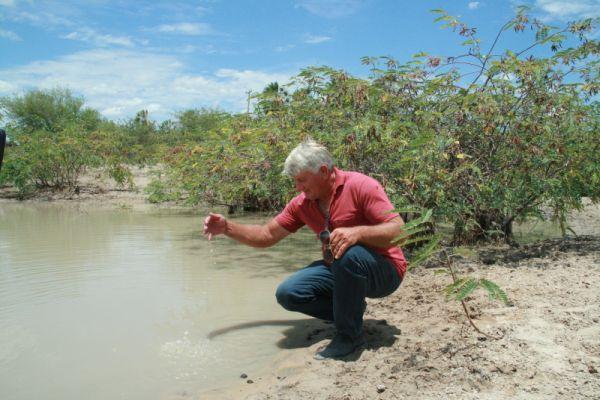 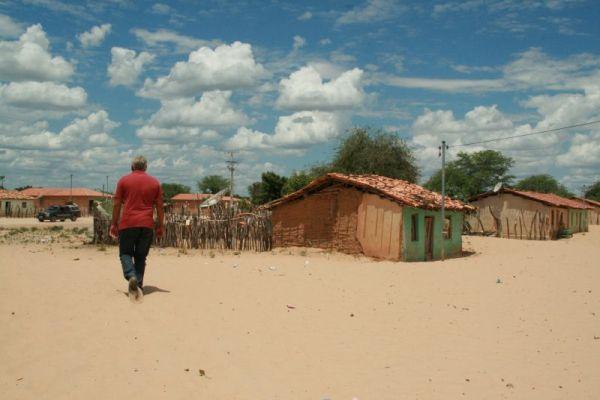 Donate now!
Find out more about this project here:
Water for the region of Bahia, Brazil