Reforestation project Greenfinity Forest to save the rainforest in Brazil

Rainforest deforestation has reached alarming proportions: Approximately 60,000 square kilometres of tropical rainforest is destroyed on an annual basis.  And, with it, our CO2 stores disappear too which only fans the flames of global warming.  In partnership with the Black Jaguar Foundation, the Greenfinity Foundation started a reforestation project in Brazil which should help to compensate for a portion of the CO2 emissions.

Donate your tree in the rainforest!

Forests play not only a fundamental role in the natural world and our environment, but also maintain our climate as it should be.  Trees are able to bind carbon dioxide and, as such, act as important CO2 storage devices and oxygen producers.  Above all, rainforests perform an important function where our climate is concerned: If you were to measure all of the world's rainforests ability to produce oxygen, they are responsible for 40 per cent of the air's oxygen. 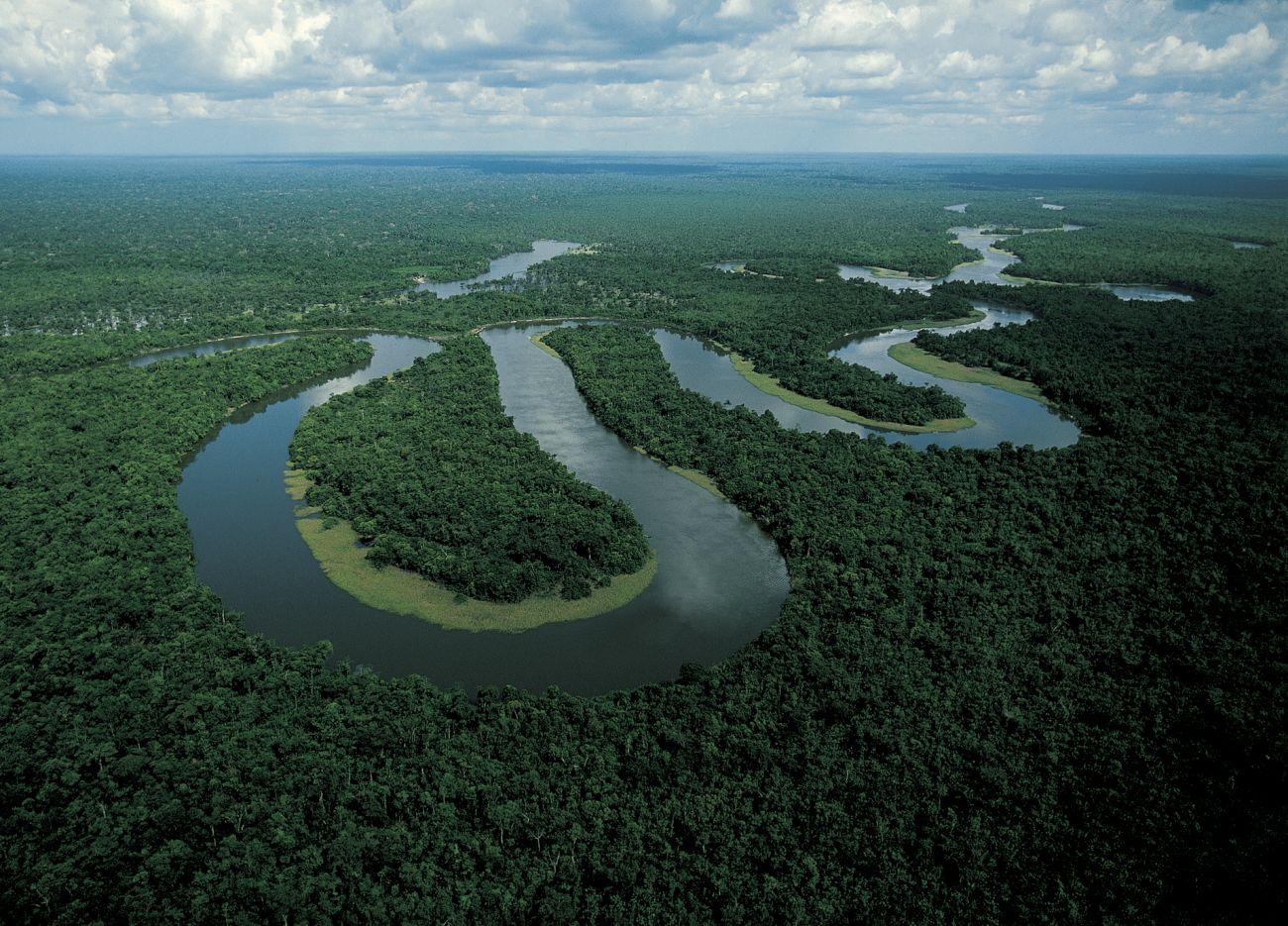 Deforestation of the Amazon Rainforest

The Amazon Rainforest processes over two million tonnes of CO2 on an annual basis and, in so doing, combats the advance of climate change.  The Amazon Rainforest is a popular topic of discussion in the media at the moment, however not in the positive senes: Huge forest fires are currently dramatically reducing the number of trees.  Yet huge areas of rainforest are being cleared in a targeted fashion so that people can make use of them for agriculture.  As a result, CO2 stored in the atmosphere is released and less oxygen can be produced. 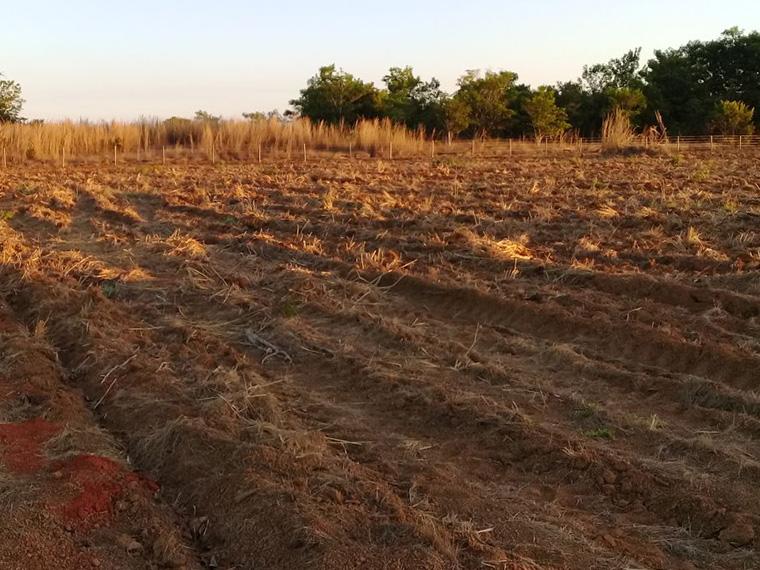 Nevertheless, approximately 60,000 square metres of tropical rainforest are destroyed on an annual basis and used for the cultivation of agricultural produce.  The grave consequences which accompany deforestation are often forgotten.  These huge deforested areas become infertile very quickly as monocultures are introduced and pesticides destroy the ecosystem.

Furthermore, more than 100 species die out everyday as more than half of all animal and plant species live in tropical rainforests. It's not only plants, animals and local people who suffer –  if climate change develops, then we will all be affected! 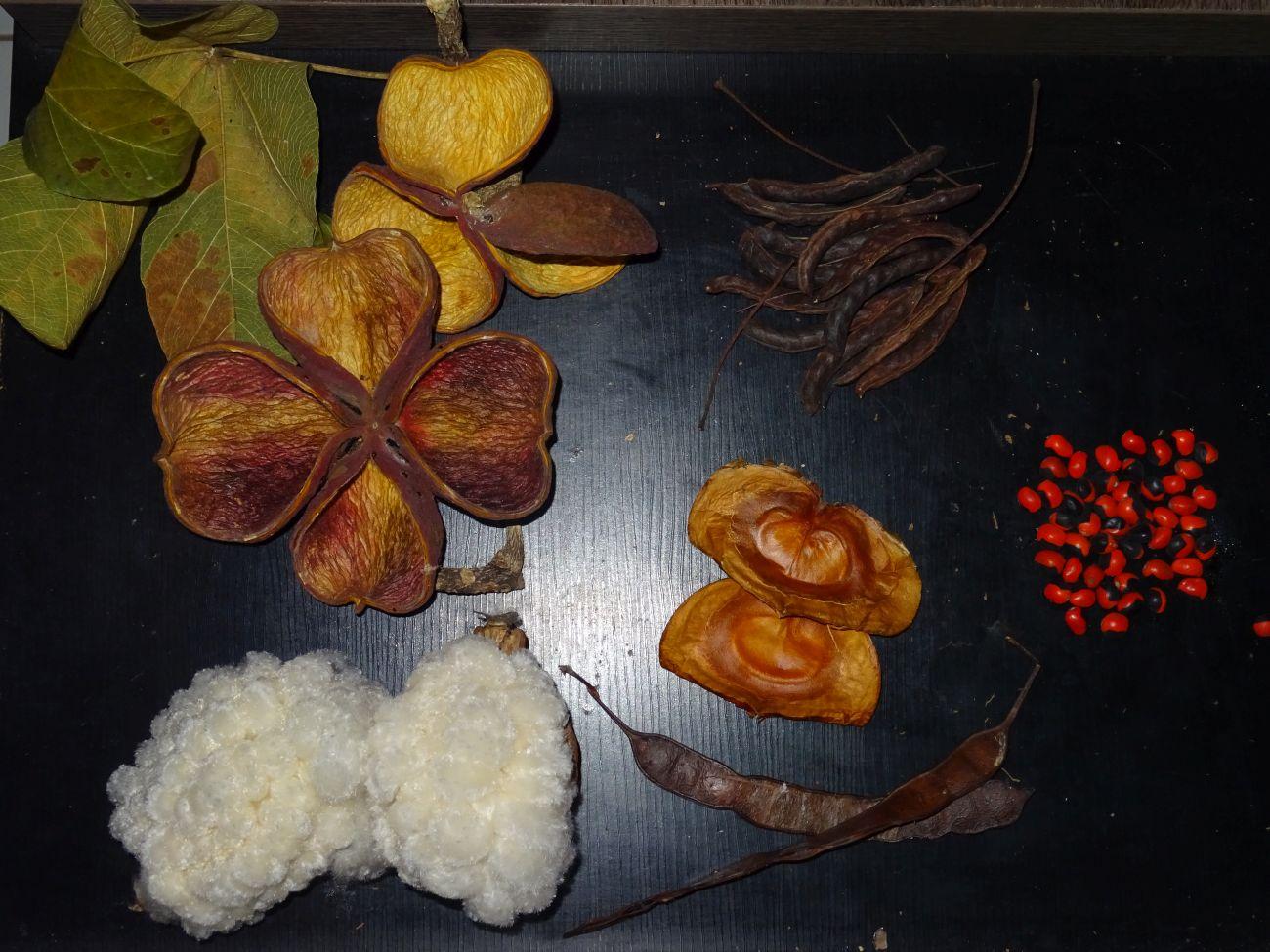 It is for this reason that the Greenfinity Foundation has decided to cooperate with the Black Jaguar Foundation for the purpose of the reforestation project Greenfinity Forest. The project is part of the reforestation of the Araguaia Biodiversity Corridor, one of the largest reforestation projects in the world, which is implemented by the Black Jaguar Foundation. The Araguaia Biodiversity Corridor is a 2,600 kilometre-long and 40 kilometre-wide surface area along the banks of the Araguaia river which connects two of the most important ecosystems worldwide: the Amazon rainforest and the Cerrado Savanne.  Over the last few decades, the area has almost been cleared entirely. 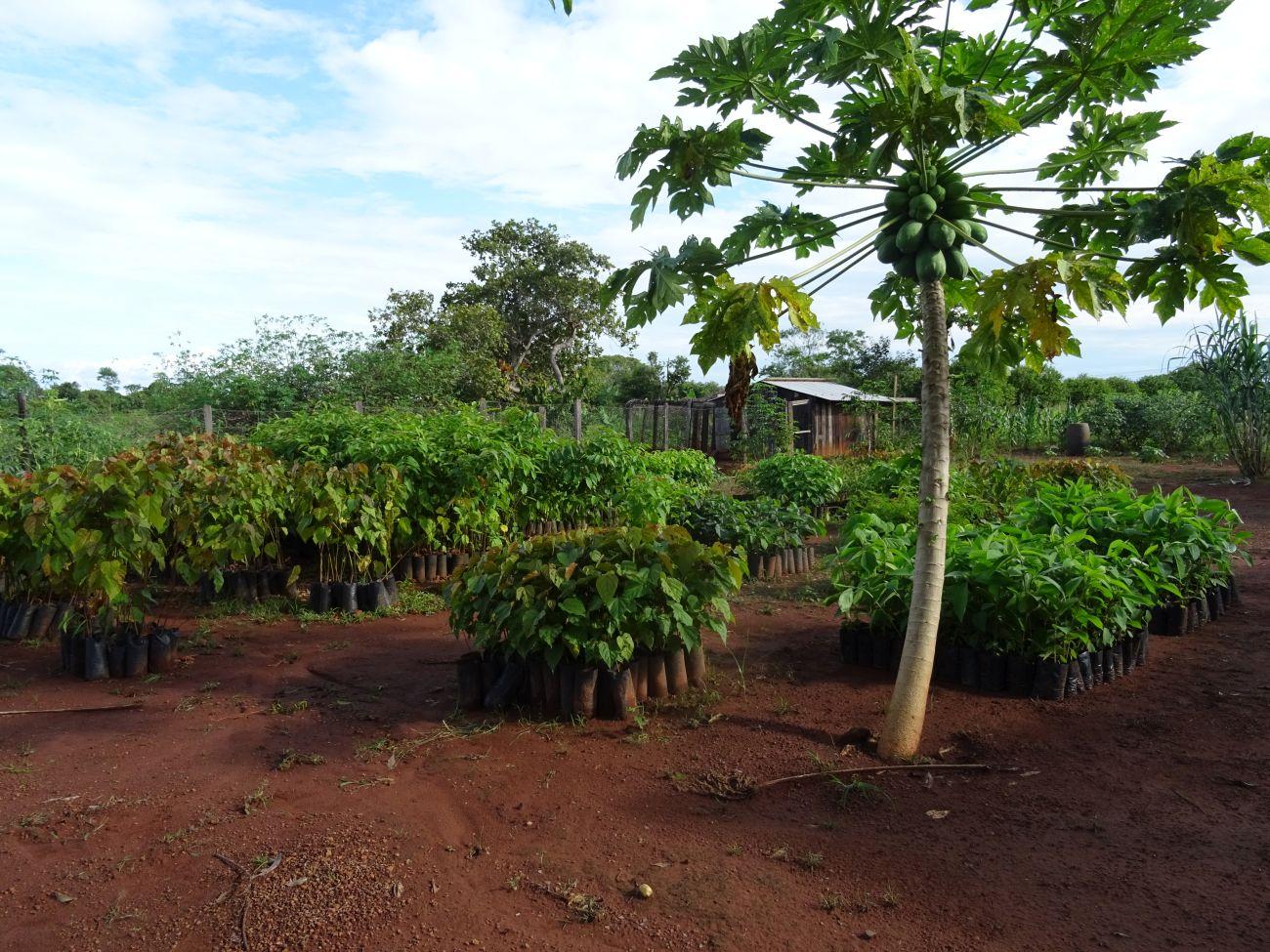 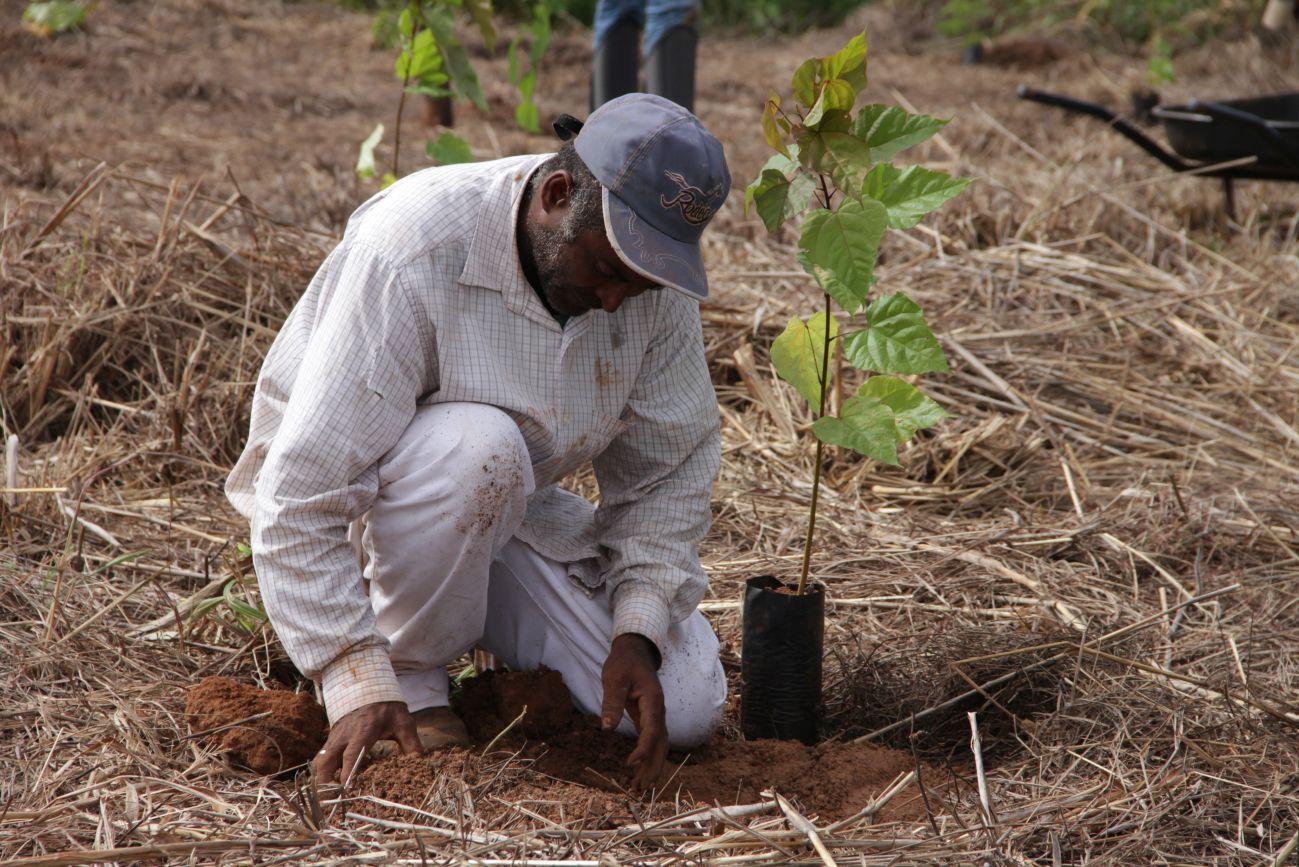 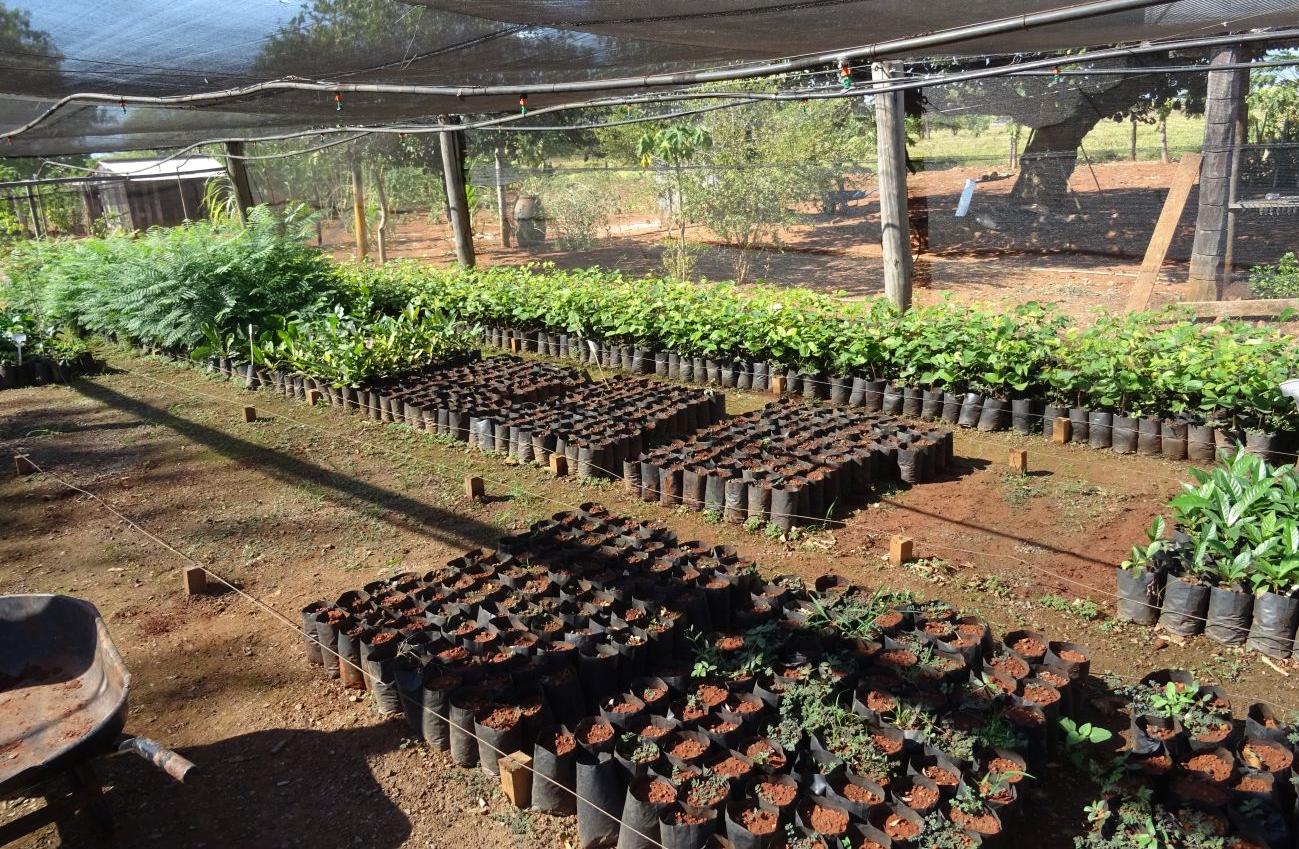 Ensure the survival of the local population

As well as the consequences which have already been discussed, local farmers experience huge issues which are caused by the clearances.  Their soil becomes less and less fertile as water can no longer be absorbed by the soil.  Due to this, they have to water their entire harvest crop and, due to monocultures, the plants have no natural pest control.  Only if a healthy ecosystem can be established, can areas of land in the region cultivate crops again.  That's why, during the course of the reforestation project, much emphasis is placed on the value of cooperating with local farmers.  They support the establishment of tree cultivation stations and the reforestation itself. 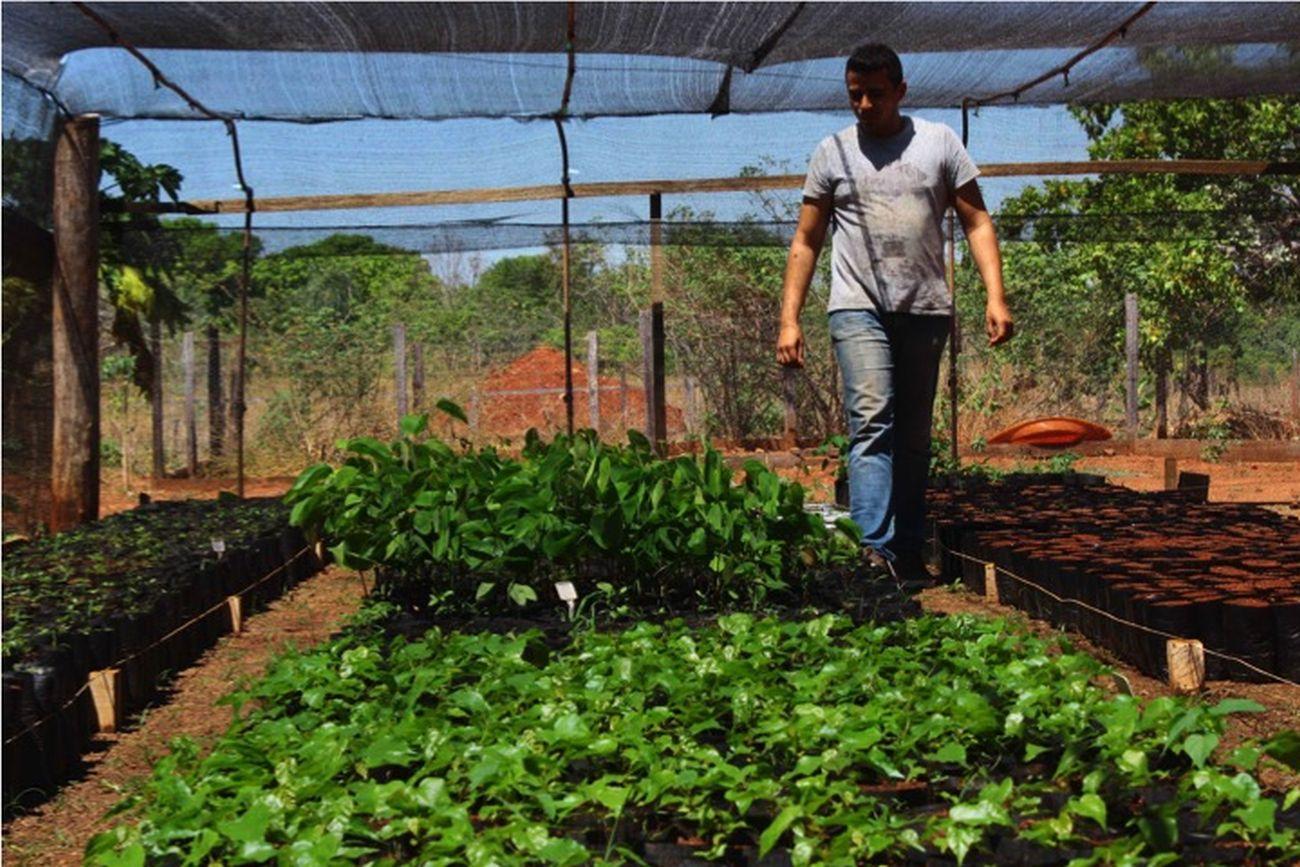 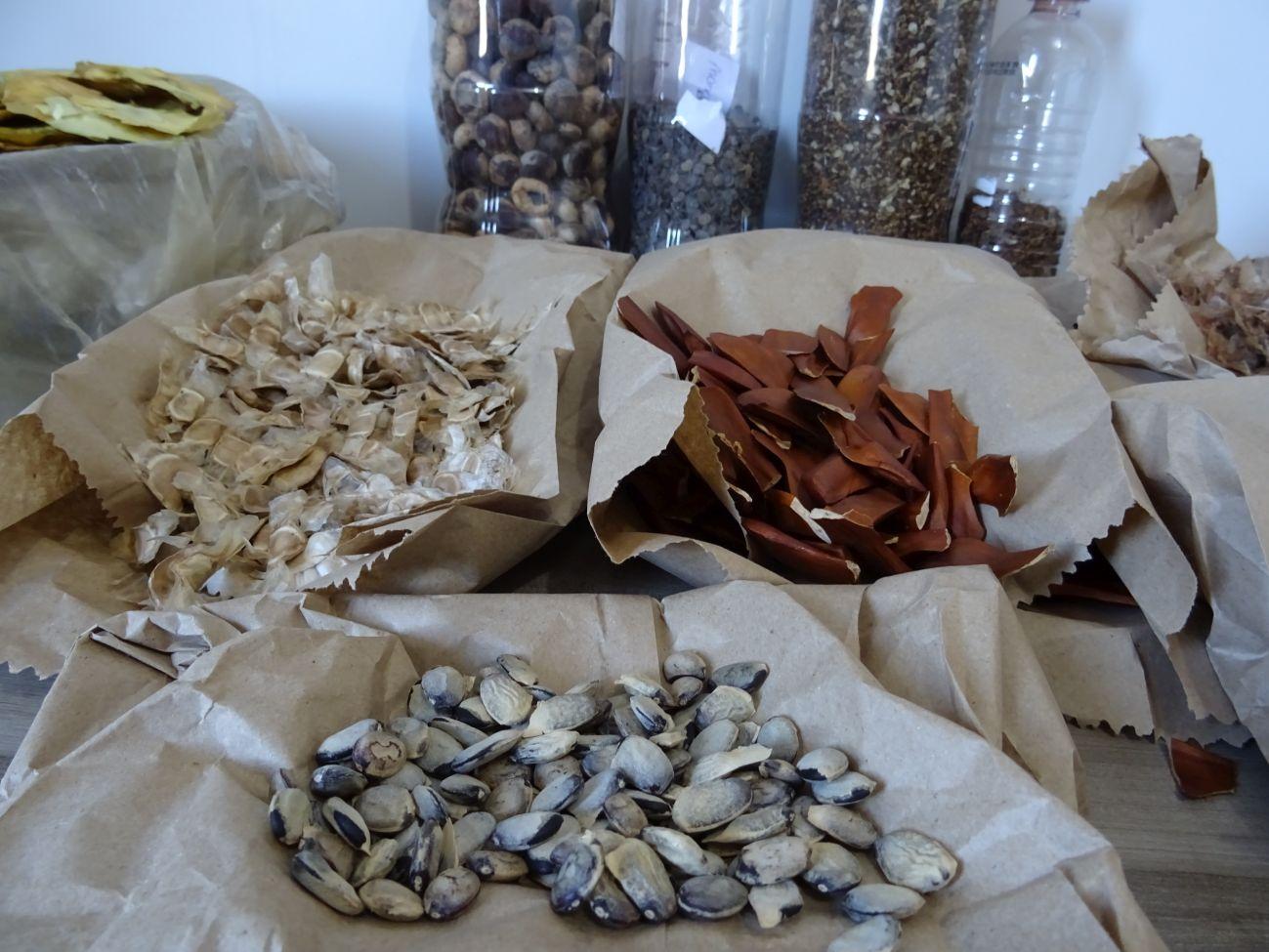 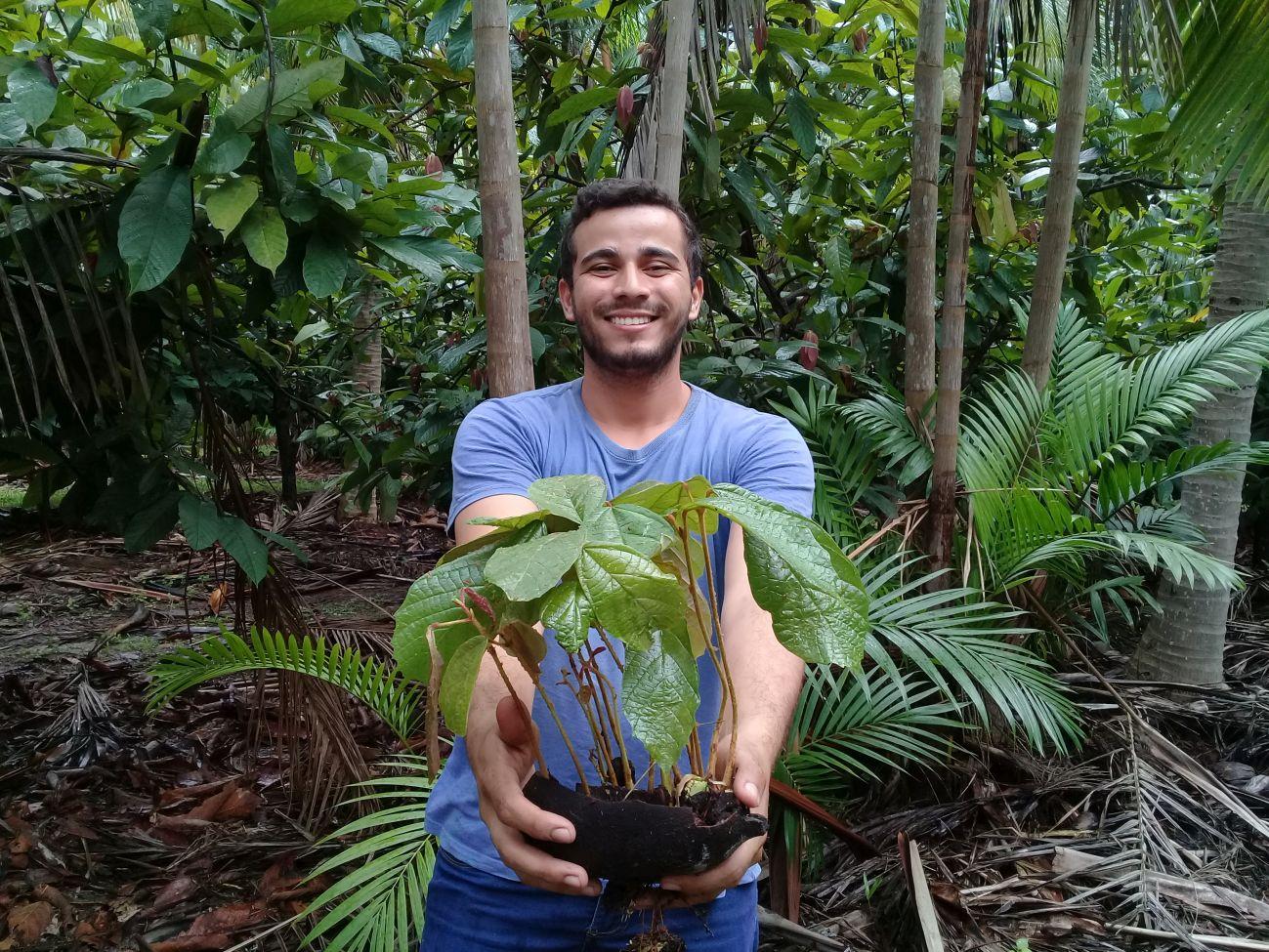 Raise awareness of the value of nature

Thanks to the Greenfinity Foundation's commitment and their ability to collaborate with the population, they have been able to raise awareness of the value of forests for people, animals and plants.

A healthy rainforest for a positive global CO2 balance

The aim of the project is to restore the ecological balance in the region and thus to create a fertile habitat.  Reforestation should, however, also help to develop an intact ecosystem on a global scale as a healthy rainforest ensures a balanced, global CO2 balance and prevents climate change from continuing to take hold. 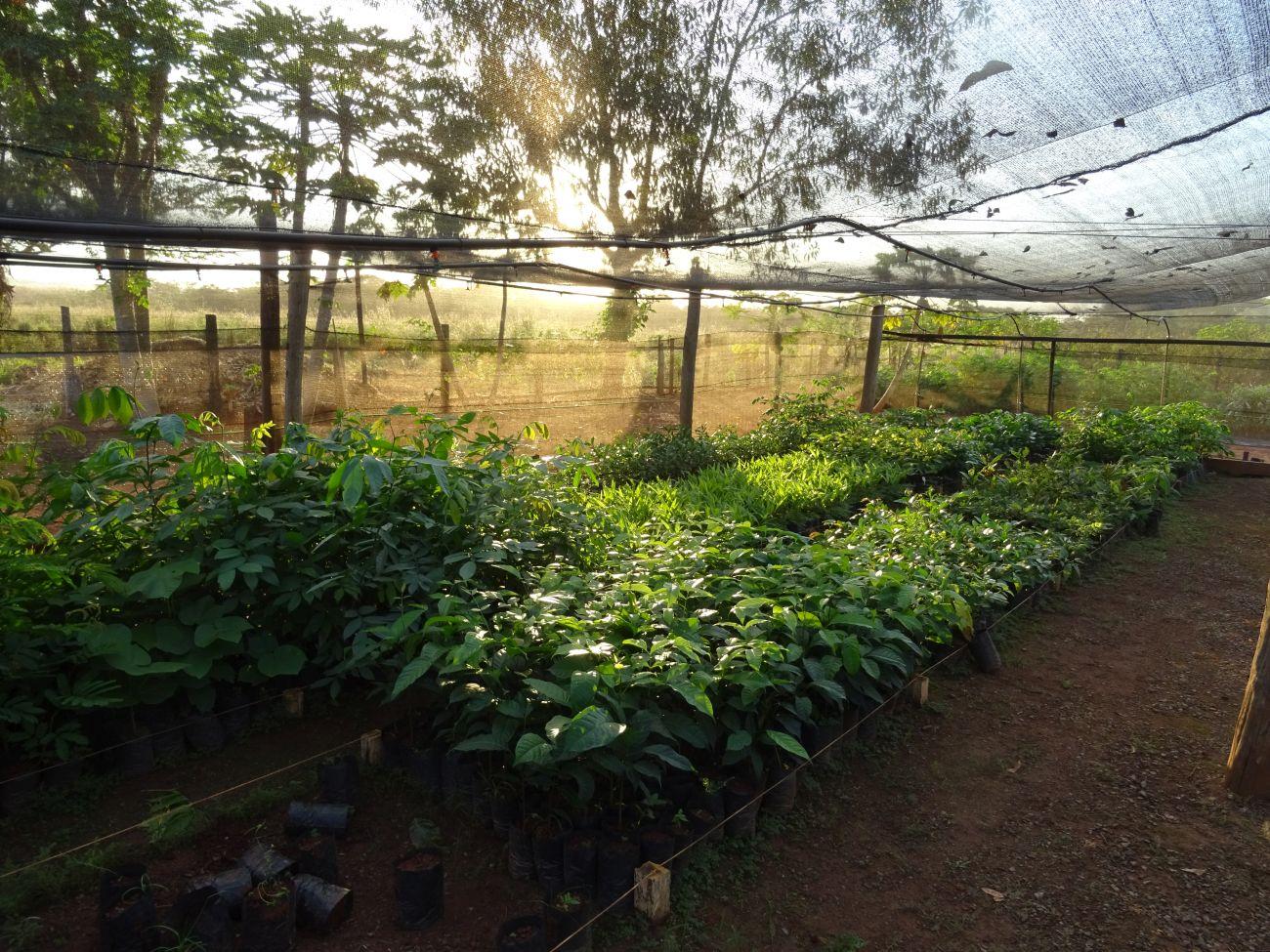 Supporting a reforestation project is a fantastic opportunity to compensate for your own CO2 emissions.  Unfortunately, today's lifestyle calls for high CO2 consumption: in 2016, the CO2 emissions in Austria amounted to 7.19 tonnes per head, in Germany 8.8 tonnes and in the USA 14.95 tonnes.  In the transport sector, the figures are particularly critical: A short-distance flight produces 140 to 310 kgs of CO2 but a long-distance flight, such as a transatlantic flight, produces between 3.5 and 5.5 tonnes. Driving 100 km in an average car produces CO2 emissions of approximately 18 kg.

The figures indicate that we need to drastically change our approach.  Reforestation plays a decisive role in this.  Even by planting just one tree, you have a positive effect on the global CO2 balance.  A beech tree processes 12.5 kgs of CO2 every year, for example – enough to compensate for one journey in the car.

Your contribution to ensure a thriving rainforest

If you'd like to support the project, then calculate your ecological footprint, compensate for it with a donation and be part of one of the largest rainforest reforestation projects! 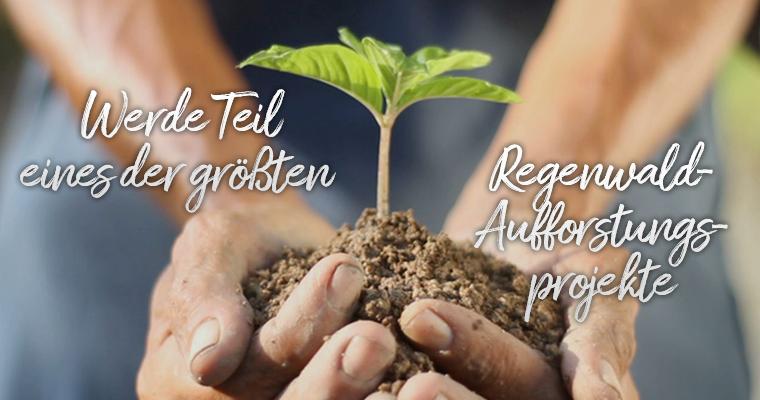 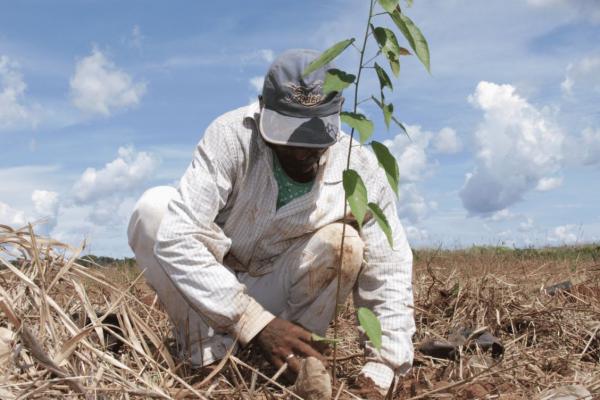