Rep. of Macedonia: Environmentally sustainable warmth in the classroom

The Primary School Riste Risteski is located in the city Debar in the Republic of Macedonia. The school is in a very poor state of repair. There is no money for necessary renovations and also the government cannot cover these costs and only provides little funding. Currently, approximately 130 pupils – many of them belonging to a minority group – attend the school.
Until now the classrooms were heated with woodstoves, which on the one hand did not provide enough heat and on the other hand were very dangerous for the children due to smoke and risk of burns. Also, classes had to be interrupted frequently because the classrooms had to be left due to smoke.
Together with the institution USAID – an US American agency for international development and an important cooperation partner of GFF – Greenfinity Foundation renovated the school’s heating system. USAID financed connecting the classrooms to the central heating system and Greenfinity installed a pellet heating system providing heat for gyms, bathrooms and corridors. These rooms couldn’t be heated before and thus the temperature in the classrooms was below 16 degrees Celsius. 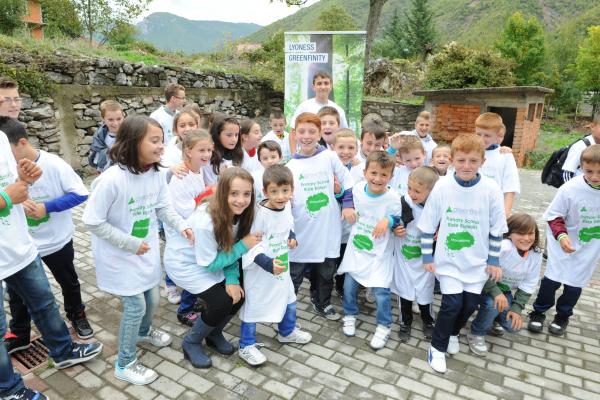 Just in time before the beginning of winter the environmentally friendly pe...