The Dhara Children Academy struggles with numerous power cuts everyday. This is why the fridge in the school kitchen stops working and food goes off quickly.  The school's two computers and fans in the classrooms also don't work during power cuts, of course.

No power - no school

For the 80 to 100 children going to school at the Dhara Children Academy, the lesson often ends abruptly for one reason: power cut.  It's not just the lack of indoor lighting which makes teaching impossible.

Power cuts happen all too often, unfortunately.  The school struggles with many power cuts everyday. 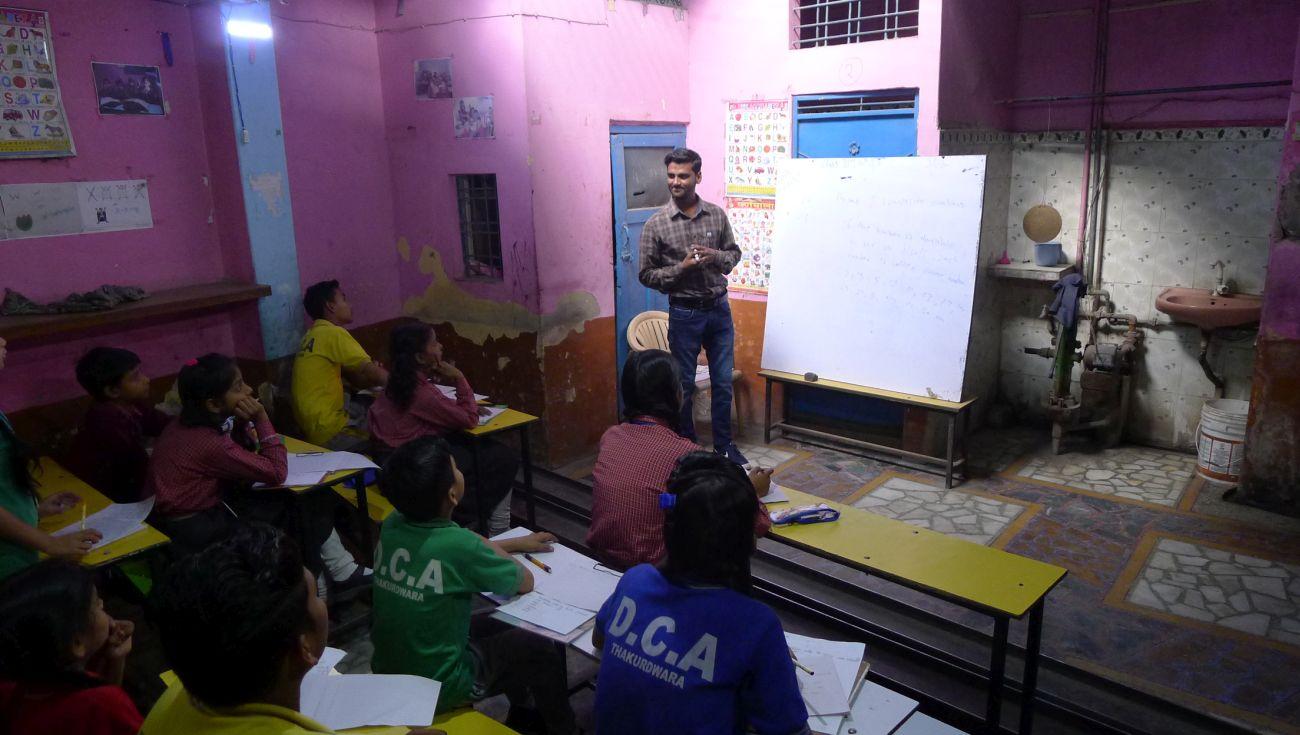 A school day in 45 degree heat, without lighting, air conditioning or computers

During a power cut, for one, there's no electric lighting.  However, electric lighting has been essential up until now, precisely because the building had no windows before the Child & Family Foundation renovated it.  On the other hand, due to the electricity issues, you also couldn't rely on the air conditioning.  Without a functional air conditioning system, the room temperature in the classrooms could reach 45 degrees celsius during the hotter months (from May to October).  Running a school in this conditions proves to be extremely difficult.

The school's fridge also doesn't work if there is no electricity whereby food also goes off more quickly.  The two computers which the school owns were also out of order. 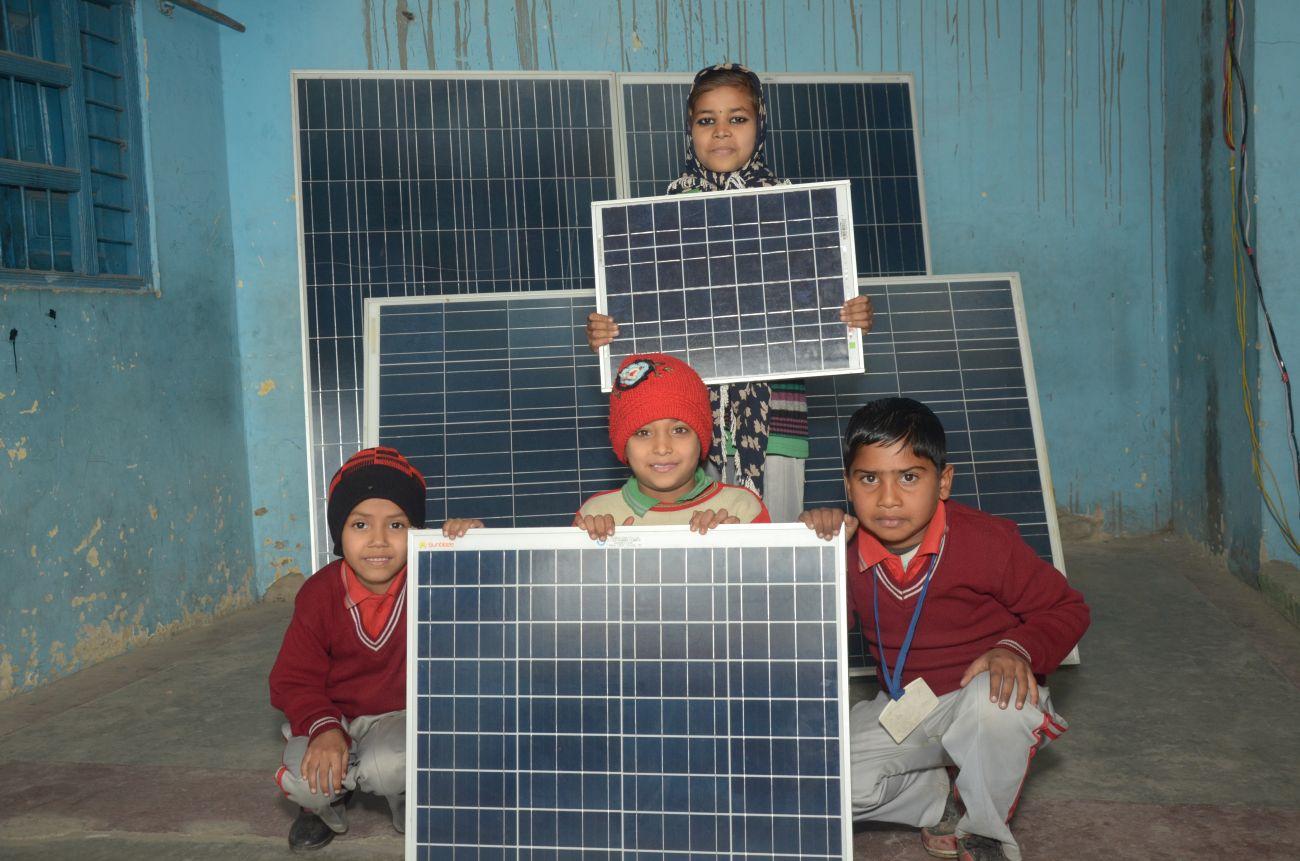 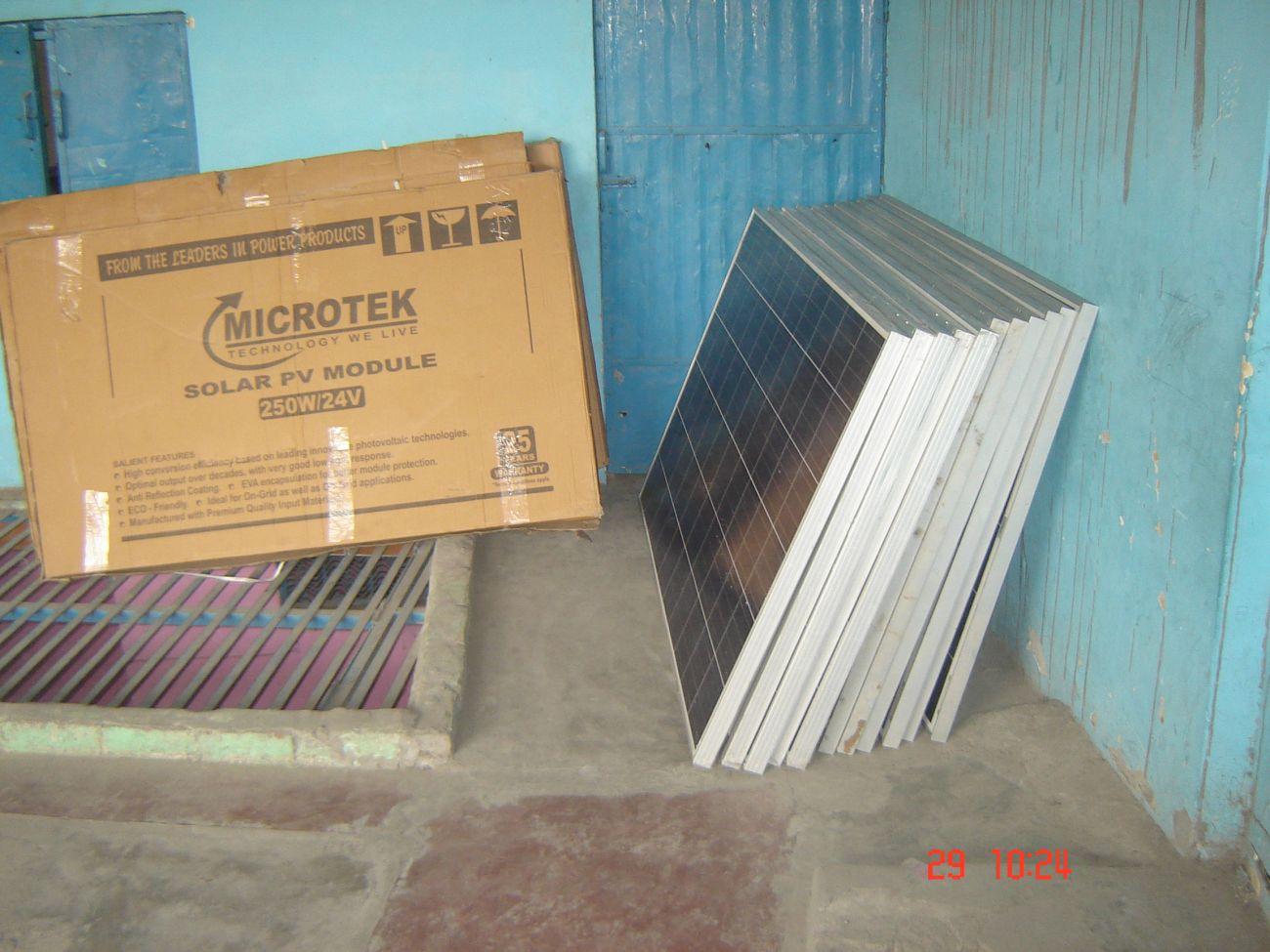 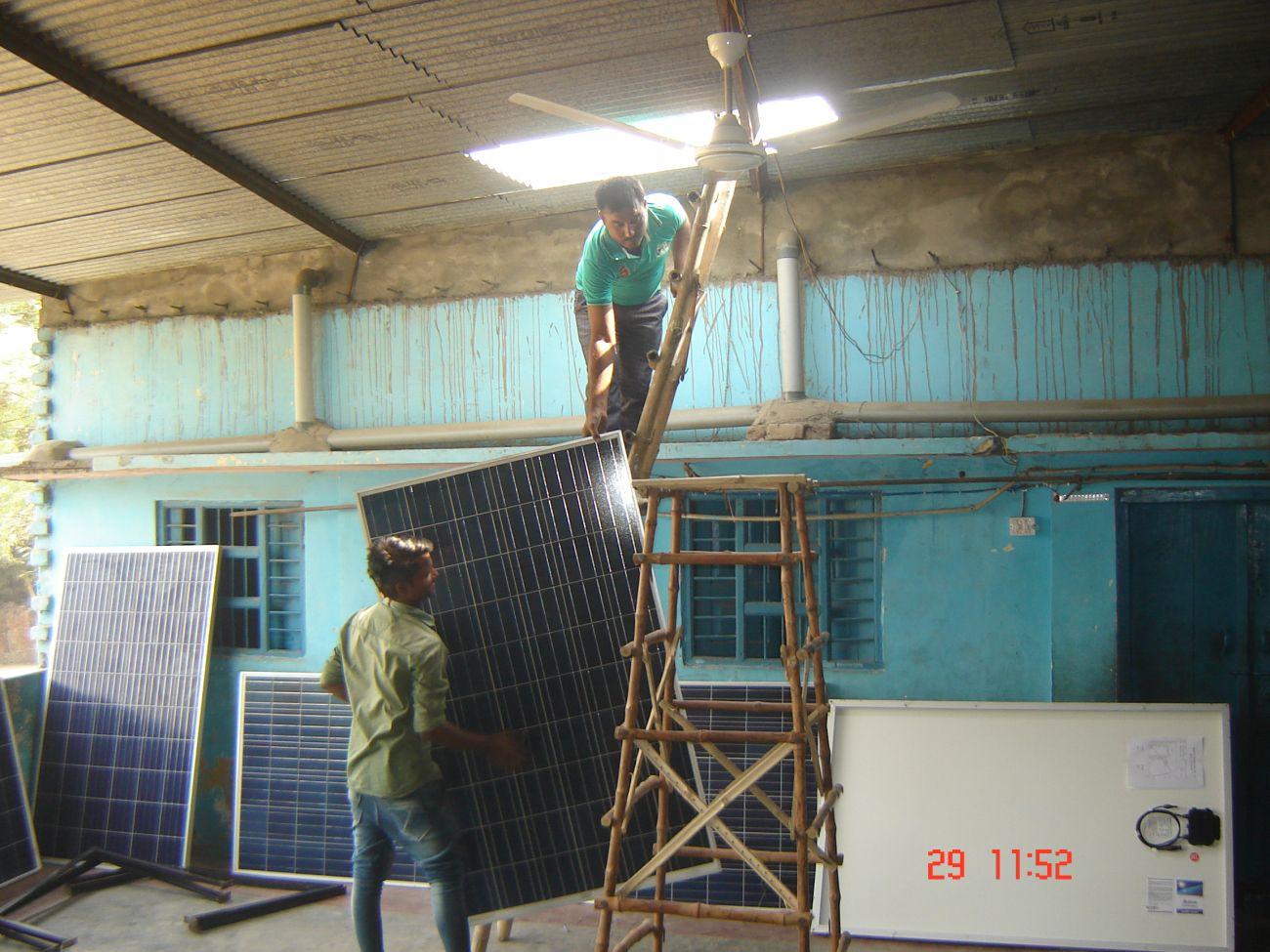 By installing a solar panel plant (5 kWp) on the roof of the school, as well as an energy-storing battery, the Greenfinity Foundation can prevent power cuts from happening.  In this way, we were able to arrange a sustainable and alternative form of energy production for the educational institution in collaboration with the Dhara Child Education Support Society. 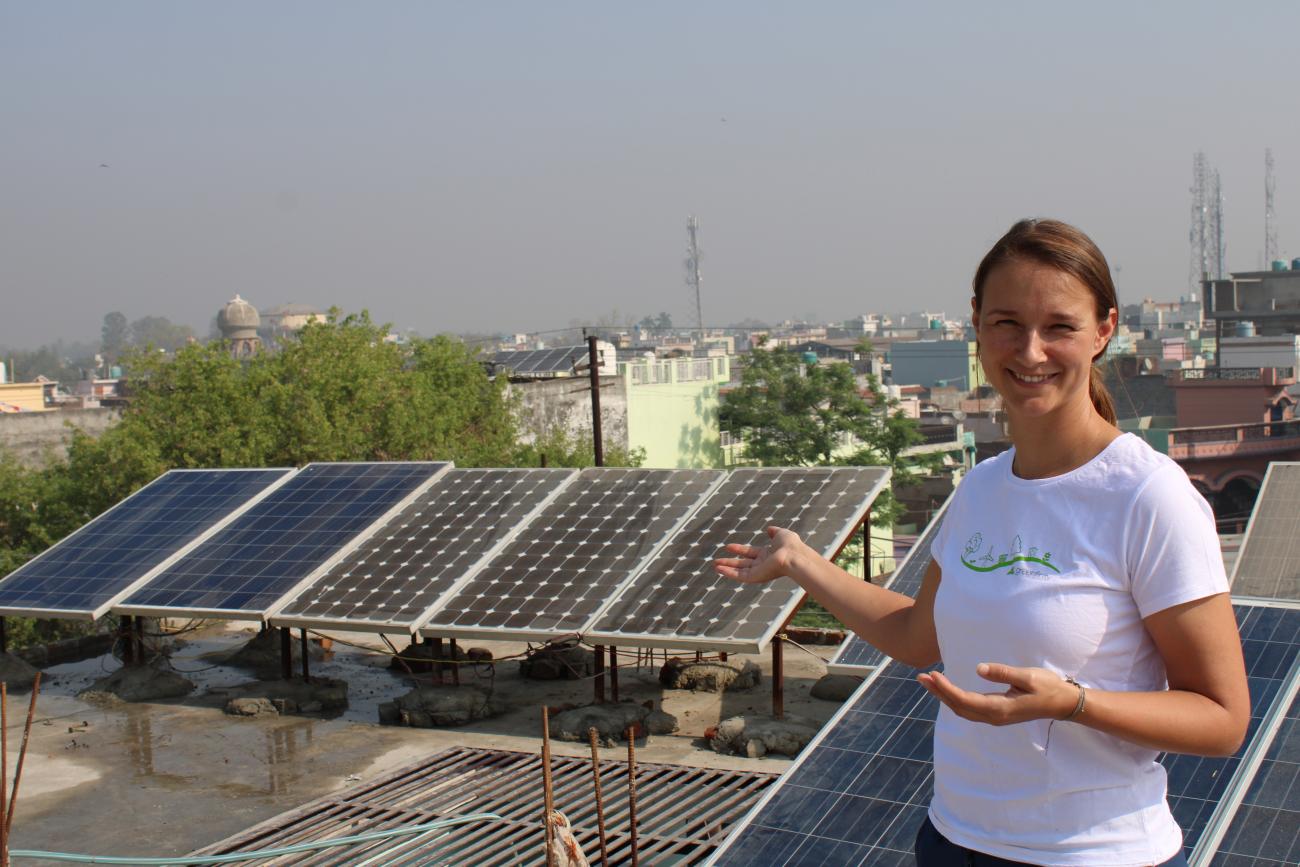 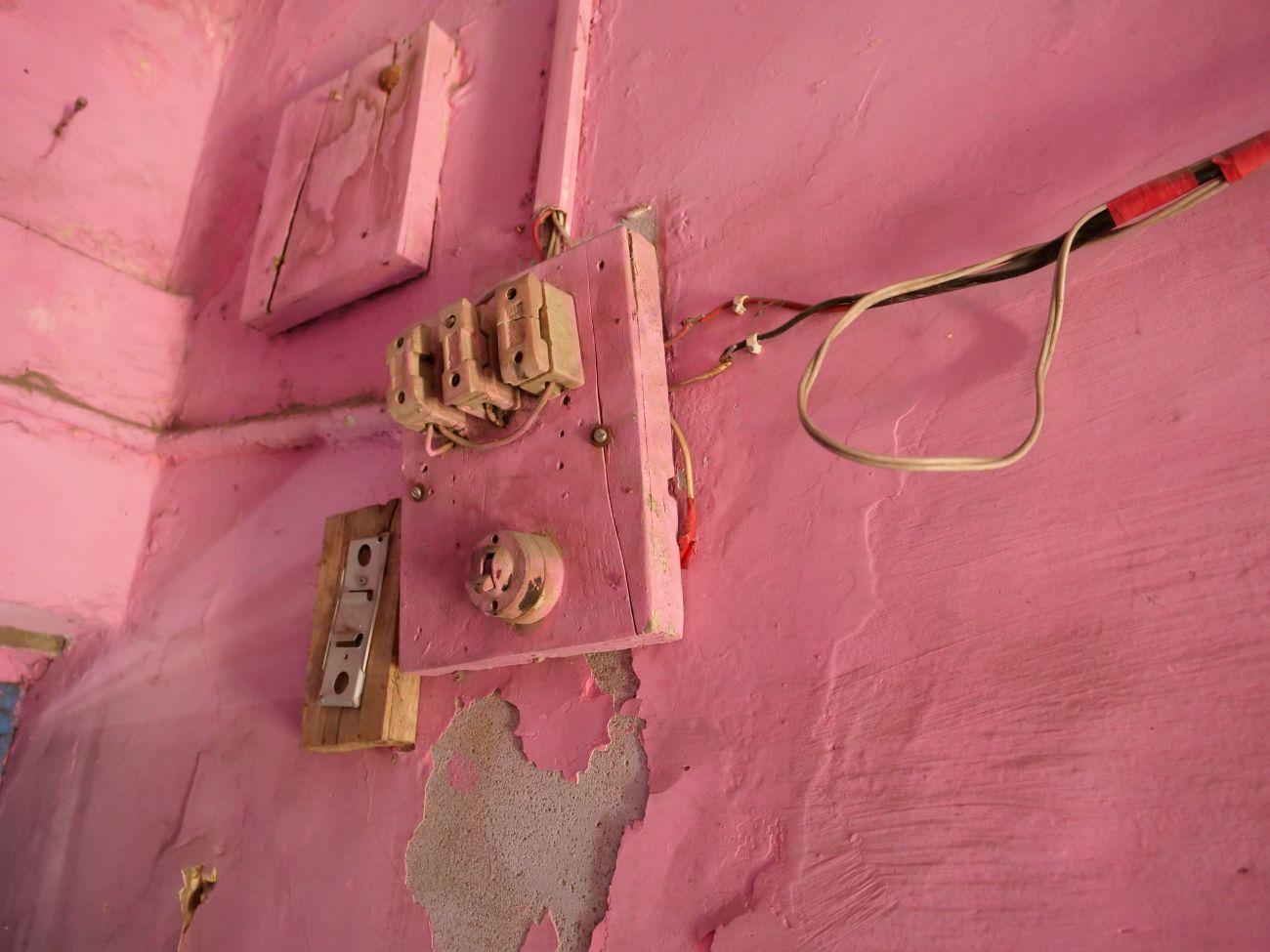 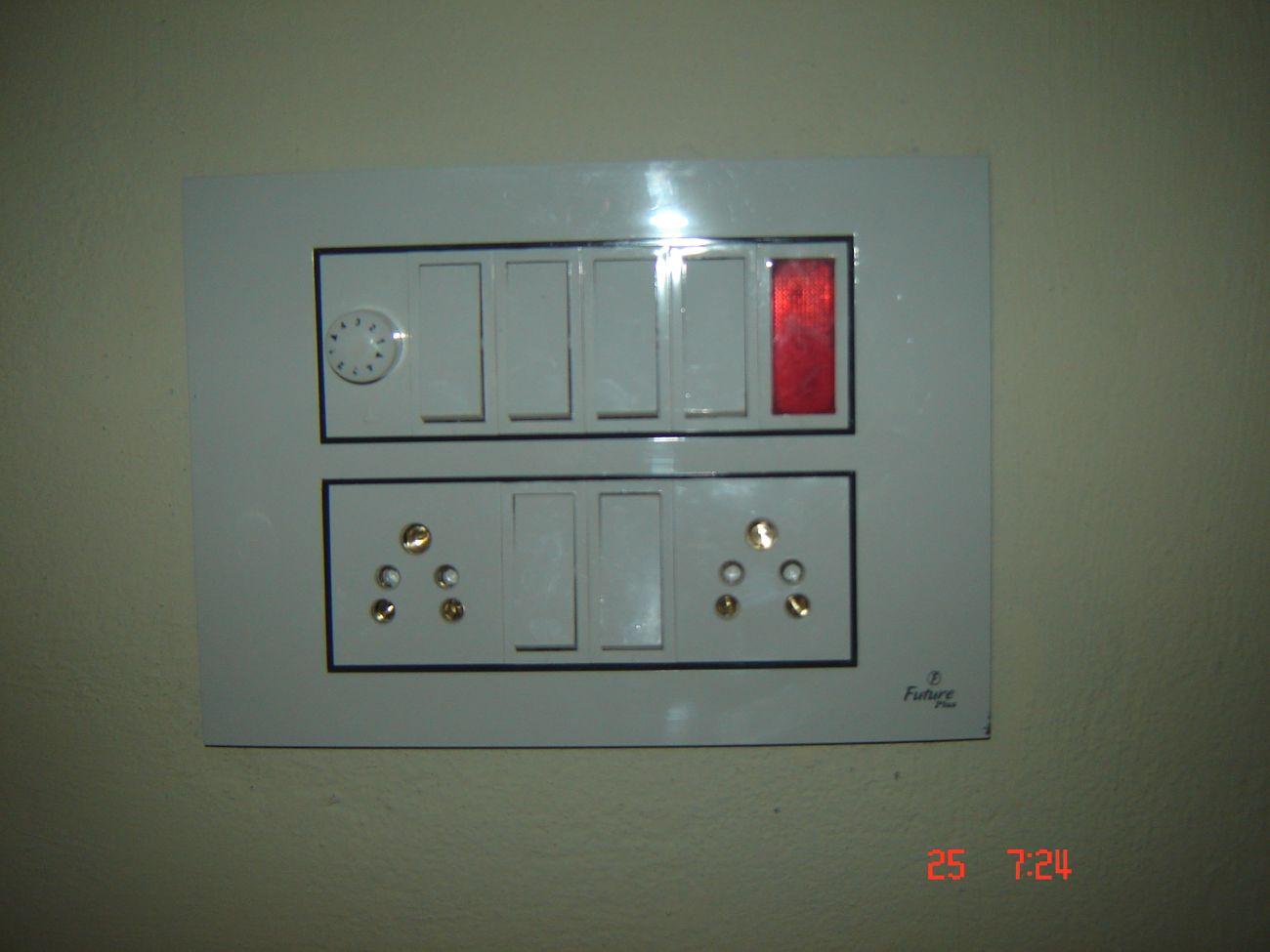 Economies and other benefits

This not only helps the school to become more independent, but also removes a huge financial burden from their shoulders as the running costs for a building, including electricity, are very high in India.

The solar panel plant also runs the water sanitation plant which the charity had installed.

In addition, the school's self-sufficient energy production has become a topic of discussion in class and provides a good example of alternative energy sources and sustainability for the children. 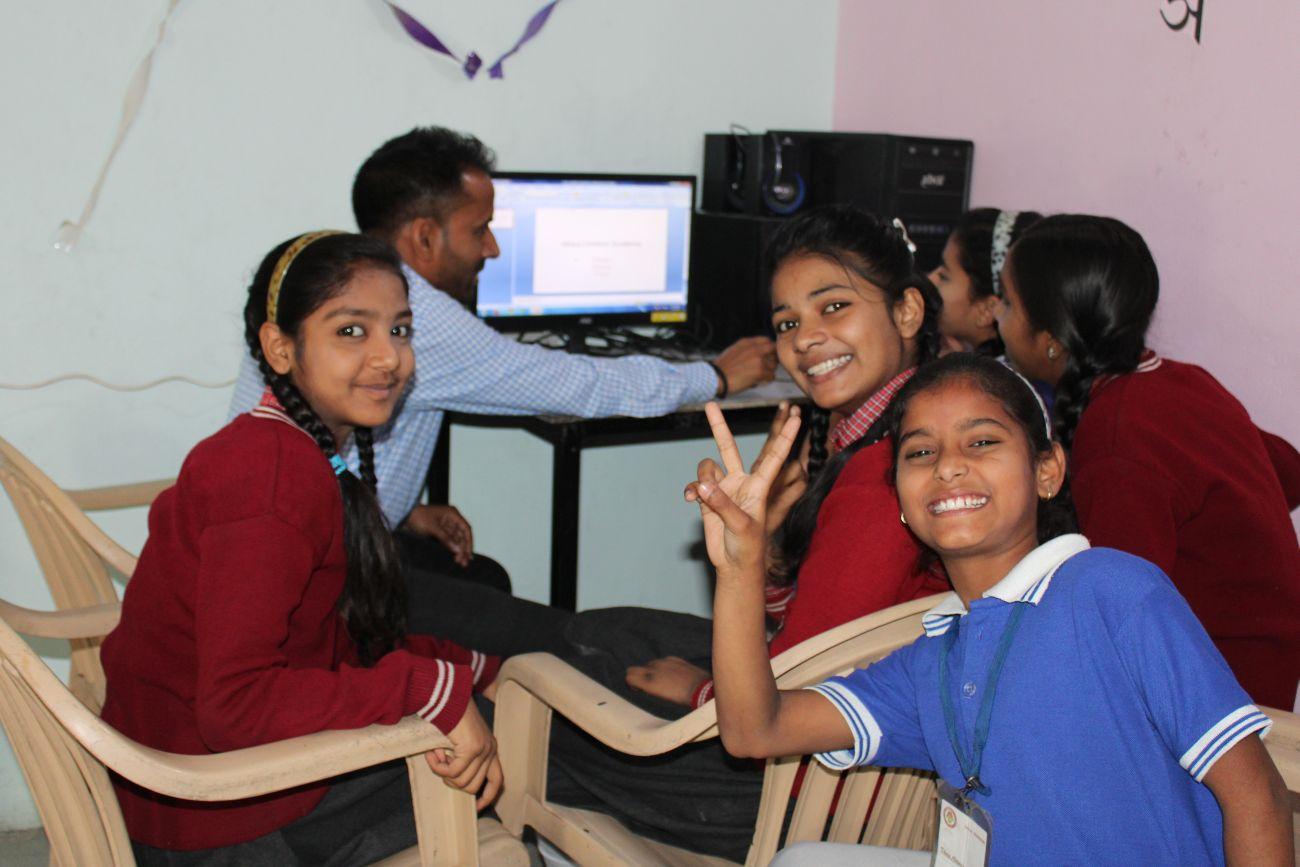 The environmentally-friendly projects run by our charitable organisation don't just stop at solar panel plant installation. This was simply the first step taken as part of a comprehensive project whereby the pupils have been familiarised with the topic Environment.

Thanks to rubbish collection campaigns and reforestation days, integrating this topic into lesson plans has proved to be a practical move.

The water sanitation plant has also been installed and, since visiting the project site, the rubbish littering the school grounds has been collected up, sorted and disposed of - instead of being burnt in the streets. 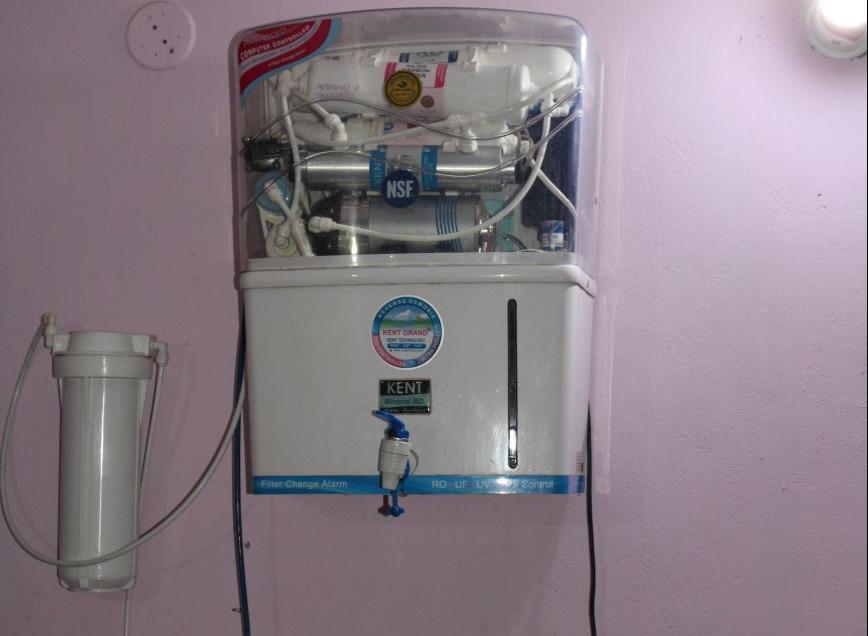 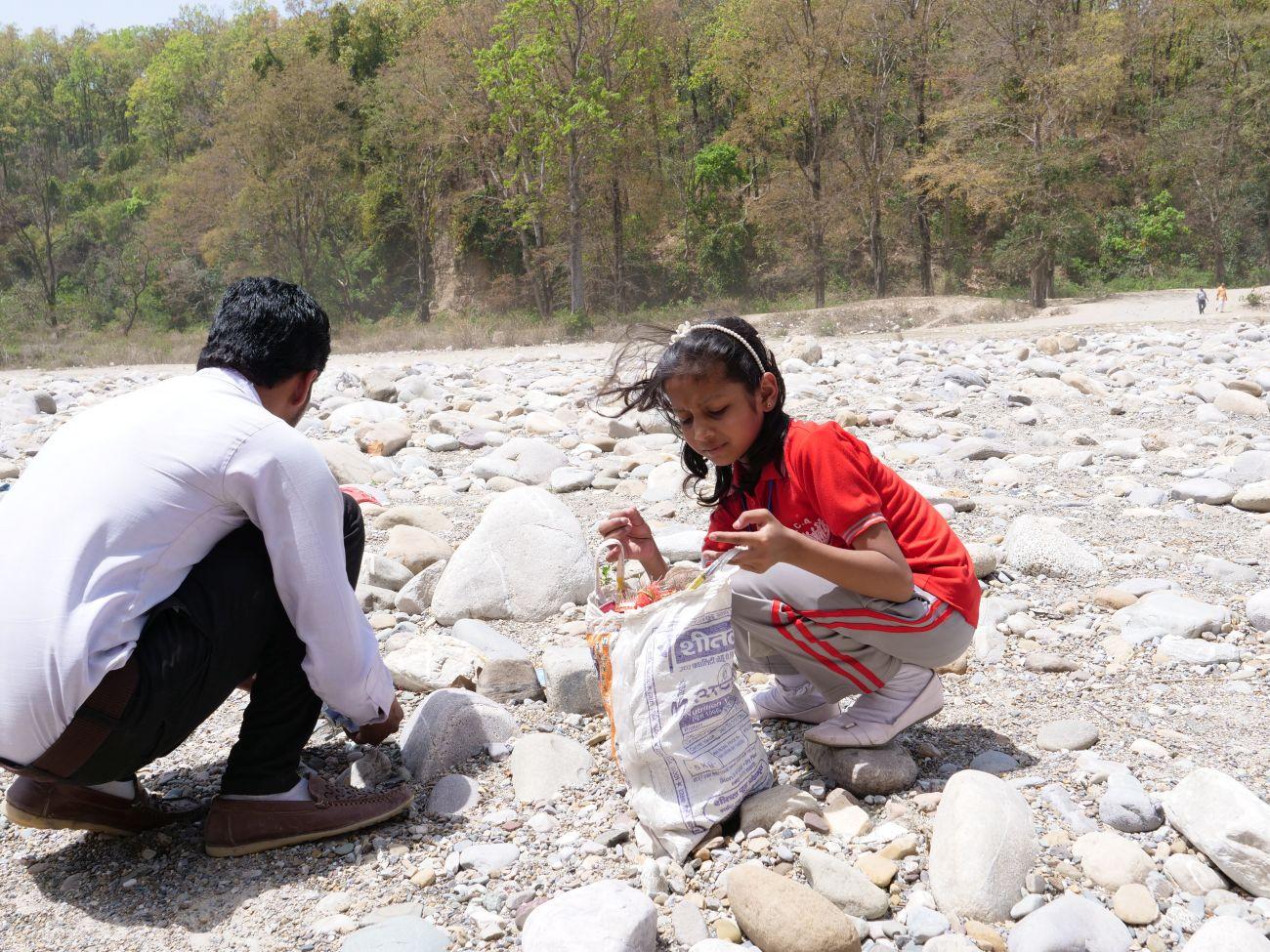 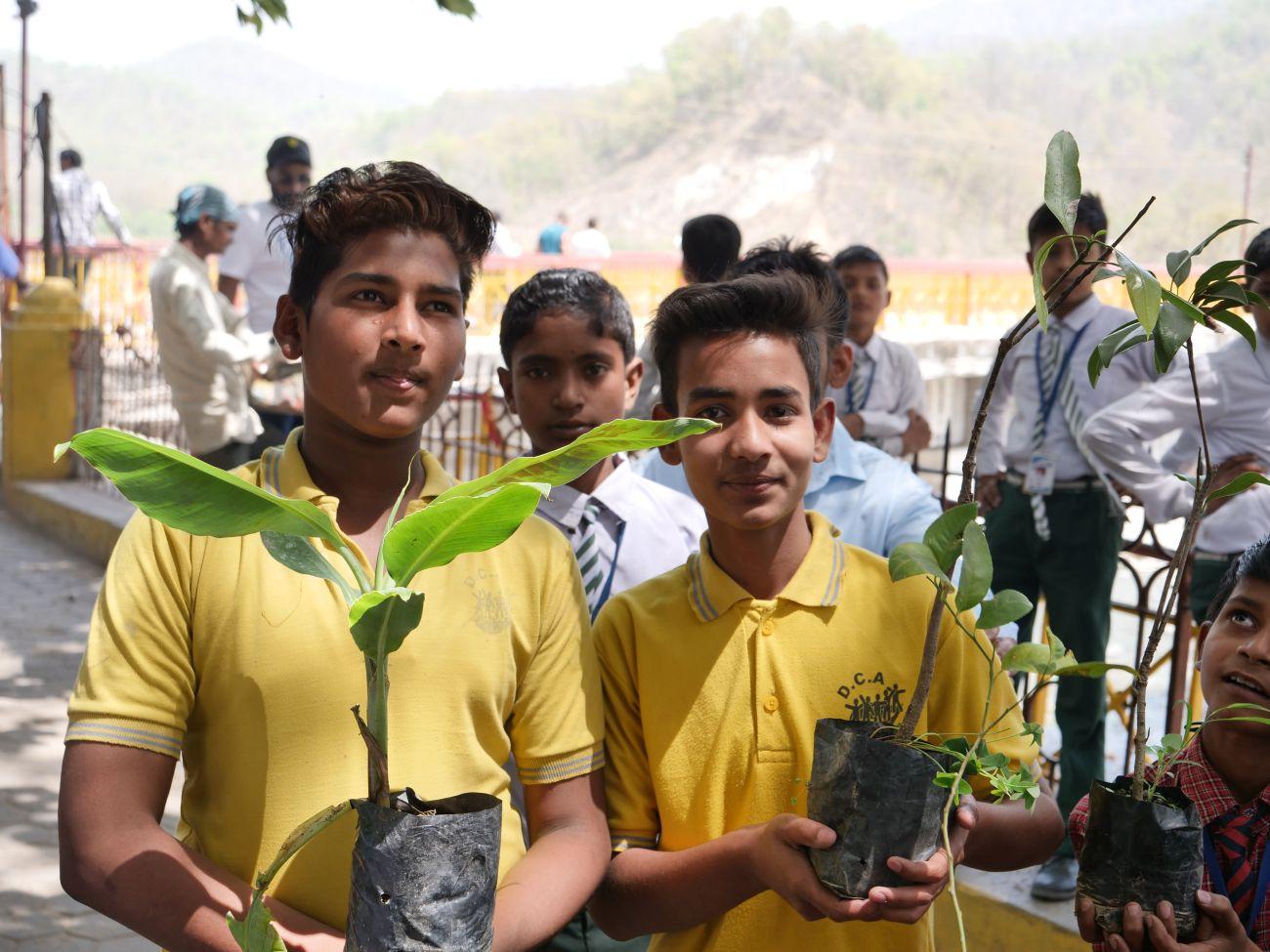 Find out more about this project here:
A green future for the Dhara Children Academy