One day, two locations and almost 500kg of rubbish

Paradise beaches, white sand and turquoise water - this is what Brazil is renowned for. However, the country is a far cry from establishing a unified and sustainable regulation regarding the disposal of rubbish.  On the 15th of September 2018, a step in the right direction was taken towards tackling the problematic issue of rubbish in a couple of locations, and to raise the public's awareness.

Together with local NGOs (non-governmental organisations), the myWorld Americas team decided to launch a campaign to protect the environment and teamed up with volunteers to clear two locations of dumped rubbish.  As part of this campaign, they also wanted to give the volunteers training on how to separate rubbish for recycling, thus raising their awareness of how to create a cleaner environment.

This is how a Greenfinity Day came to take place at Parque Raposo Tavares in São Paulo and on the banks of the Fortaleza river in Blumenau, a city in the state of Santa Catarina.

At 9am, 20 volunteers found themselves in Parque Raposo Tavares taking part in training and a safety briefing by the Akatu organisation on the topic of rubbish disposal and separation of rubbish for recycling. Afterwards, they spent 90 minutes collecting rubbish that had been dumped around the park.

The rubbish was then separated into three different coloured bags, depending on the type of rubbish. Finally, the bags were separated into recyclable and organic rubbish so that the recyclable rubbish could be taken to the relevant recycling plant. The volunteers collected a total of approximately 100kg of rubbish from the Park. 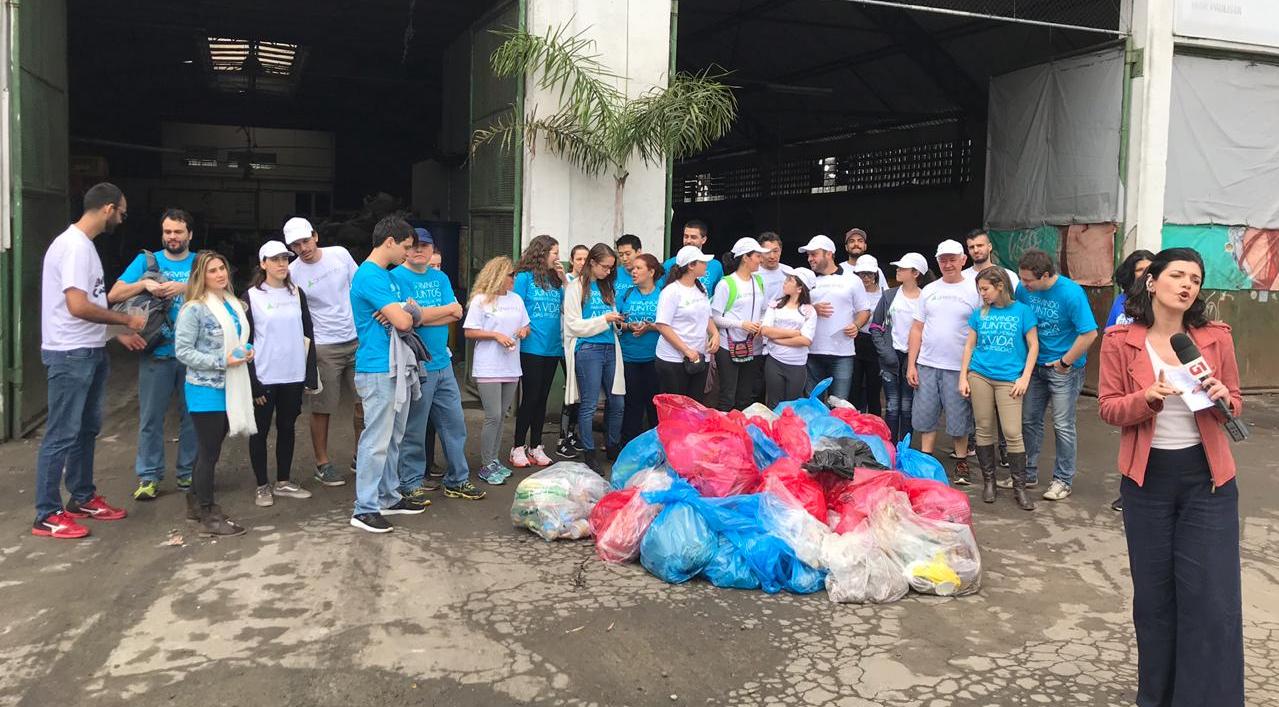 Likewise at the second location, the banks of the Fortaleza river in Blumenau, 22 volunteers met up at 9am and set to work clearing the riverbanks of all the dumped rubbish. Before they began, Scouts handed out flyers explaining about the Greenfinity Day and the rubbish collection campaign to the residents in the area and people walking along the riverbanks.  This environmental protection campaign resulted in a collection of approximately 380kg of rubbish. 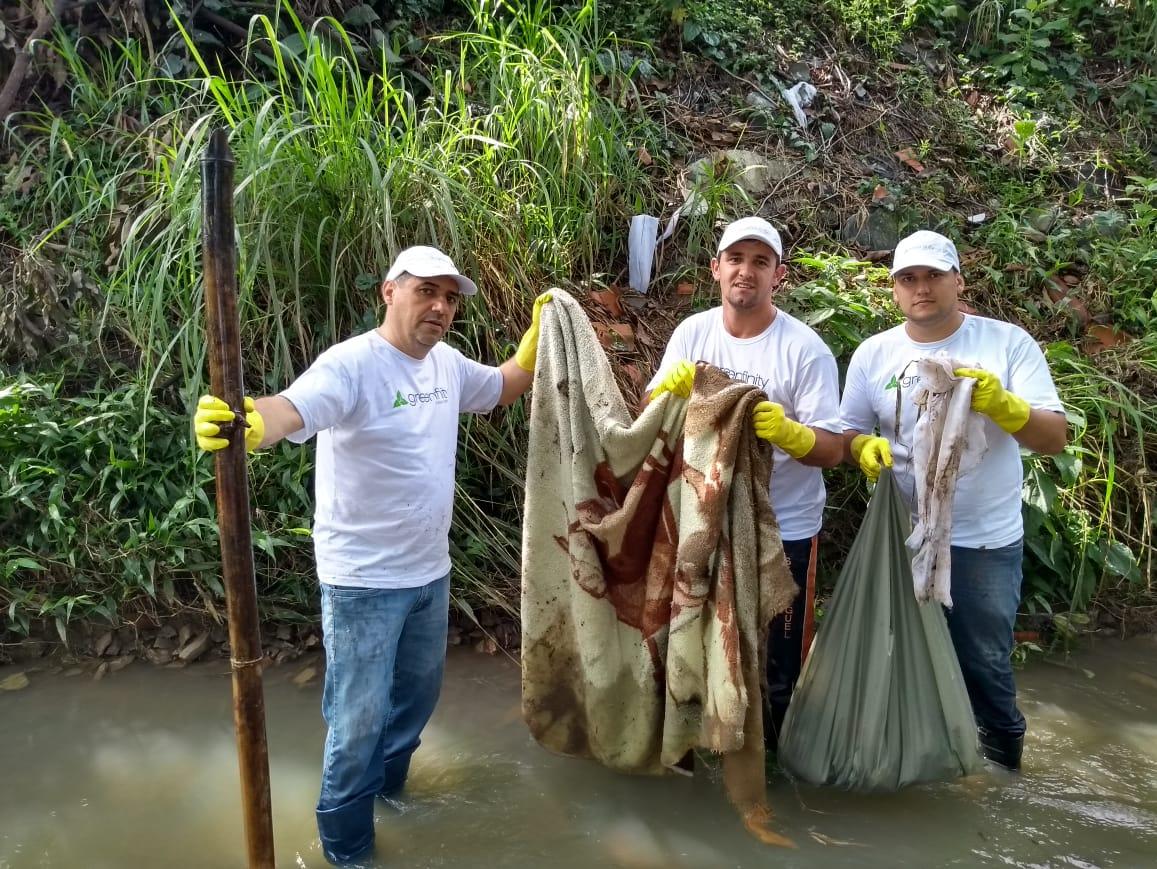 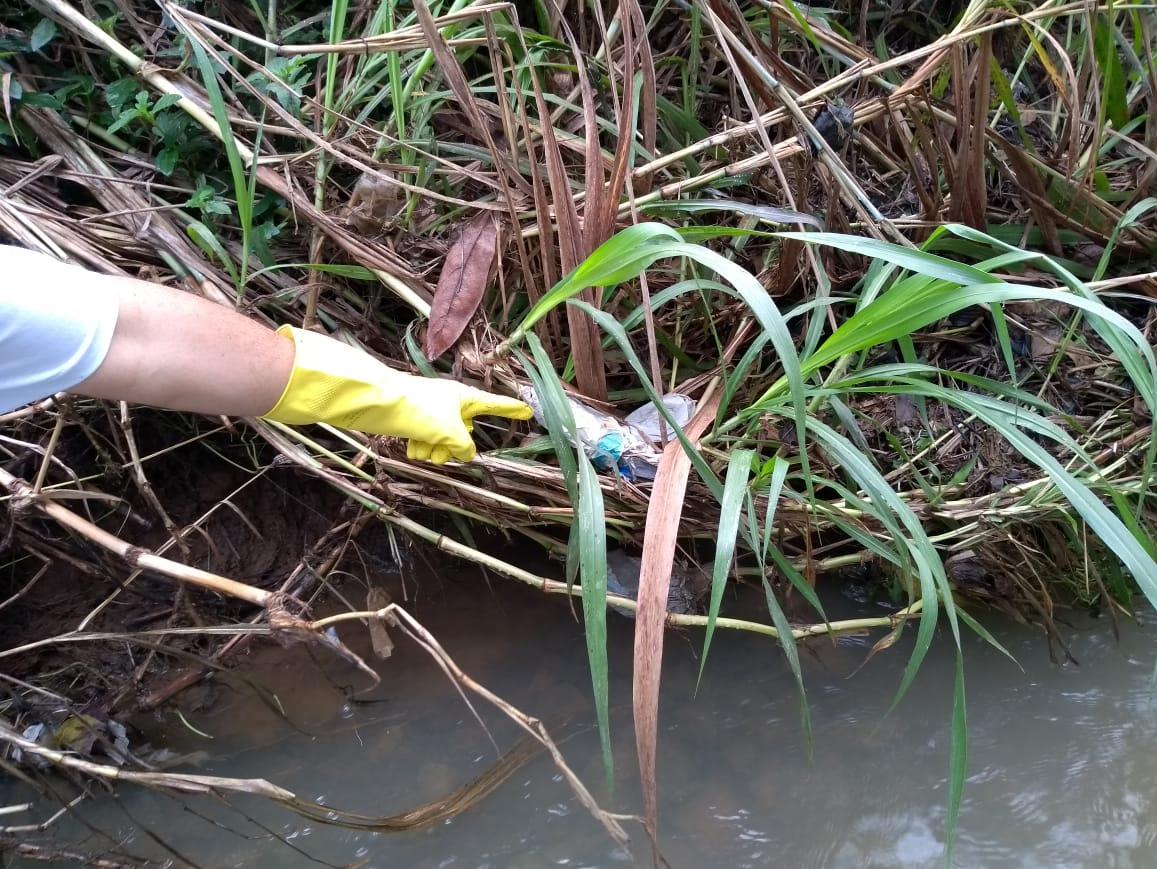 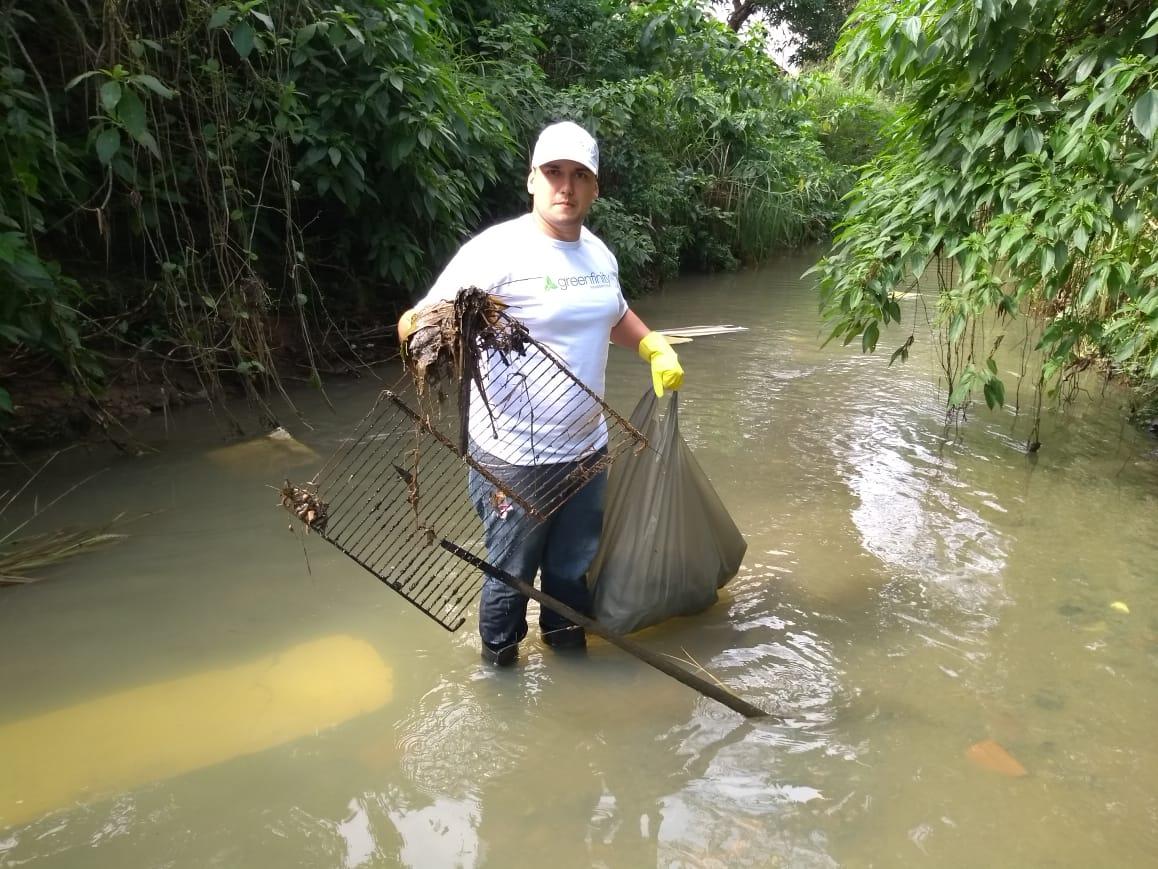 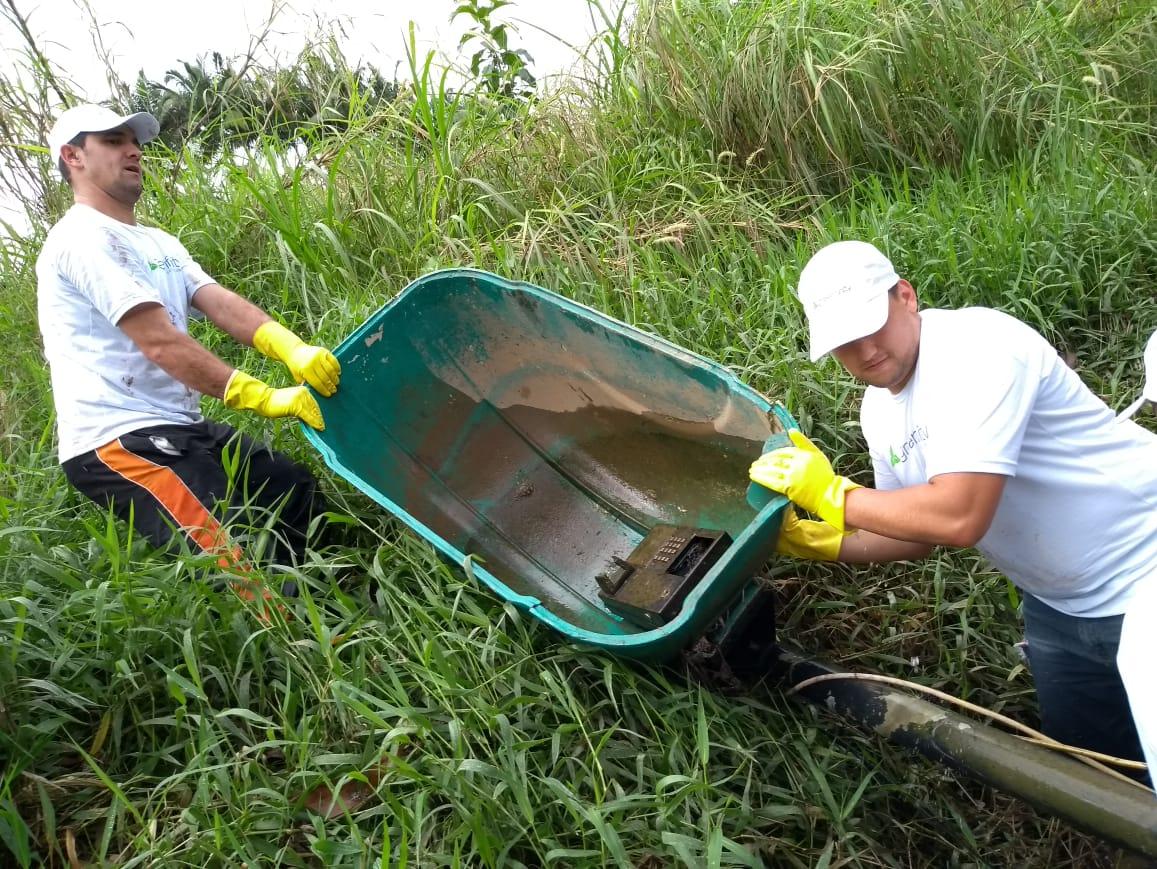 As a thank you and a reward for their efforts, the volunteers at both locations were given Greenfinity shirts and caps, and a certficate. One of the most important Brazilian TV stations, Globo, even did a report on the campaign in Parque Raposo Tavares. 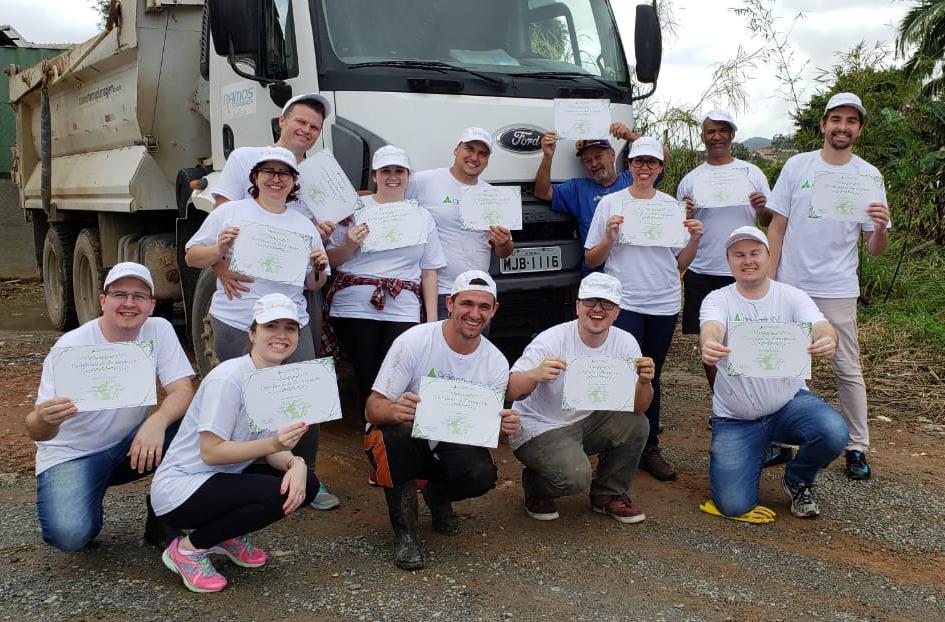 All that remained from the Greenfinity Day campaigns were a clean park, cleared riverbanks, a happy myWorld Americas team and satisfied volunteers, who will think twice in future when disposing of their rubbish.