Reforestation project for the protection of European forests

A collaborative project with the nature initiative Baumbuddy

Together with our partner Baumbuddy, we are starting a generational project: the reforestation of mixed forests in Europe!

I want to plant trees!

Why are forests important?

Forests are our most important allies in the fight against climate change. They act as the planet's natural air conditioner, capturing carbon dioxide, the greenhouse gas that has the greatest impact on the Earth's climate. They provide us with vital oxygen and protect our lungs by filtering dust and particles from polluted air for us. They also play an important role in naturally purifying the earth's water, stabilizing the soil through their unique, widely branching root system, and preventing erosion. In addition, they provide an indispensable habitat for most of the world's plant and animal species. Afforestation is therefore one of the most effective methods of promoting biodiversity and species diversity.

Mixed forests are the natural form of our forests. The commercial forests with coniferous monocultures that are so widespread in Central Europe today have only been created by us humans over the course of the centuries. They have many advantages in terms of usability, for example by planting tree species that grow faster than others or that produce wood that is more suitable for further processing. Despite these advantages, they have one significant disadvantage: they are ecologically much more unstable than naturally occurring mixed forests. Pest infestations and windfalls, for example, cause much greater damage in monoculture forests. Such forests are also less able to perform their natural functions, from binding carbon dioxide to filtering out pollutants from the air. 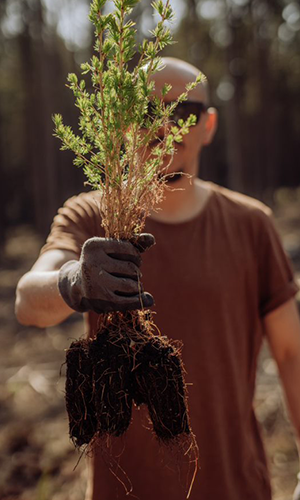 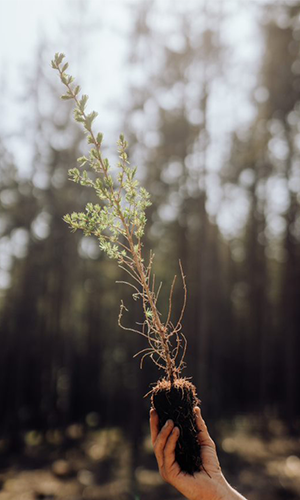 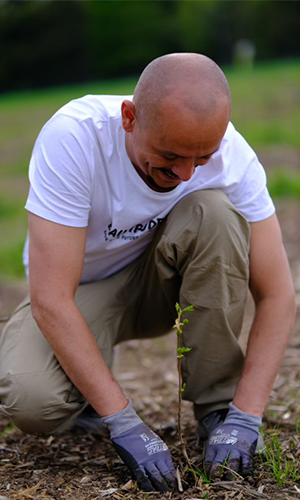 Efficient reforestation is much more than simply digging holes and planting random tree seedlings. Any sustainable reforestation project requires a lot of preparatory work and precise planning. This is where the expertise of our partner Baumbuddy comes into play. In the run-up to the start of our project, the experts from Baumbuddy took a close look at the soil conditions, the groundwater level and the weather conditions of the last few years from various areas and incorporated this analysis into our planning.

Based on the collected data, we decided to start the project in Austria. The landlocked country in central Europe is not only home to the Greenfinity Foundation and the Baumbuddy nature initiative, but also one of the most densely forested countries in Europe, with a forest area of 4.02 million hectares.

So, at first glance, it's a country with enough forest cover and no need for further reforestation efforts. But this appearance is deceptive. Extreme drought, pest infestation and tree diseases - due to the consequences of climate change, Austria's forests are also coming under increasing pressure and this forest wealth, which is so important for Europe, is threatening to disappear. If we want to preserve Austria's forests for the future as they exist today, we must act now and adapt the tree populations to the new conditions caused by climate change. 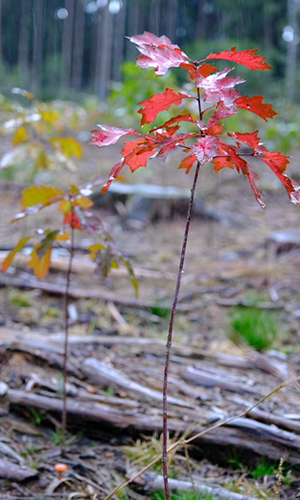 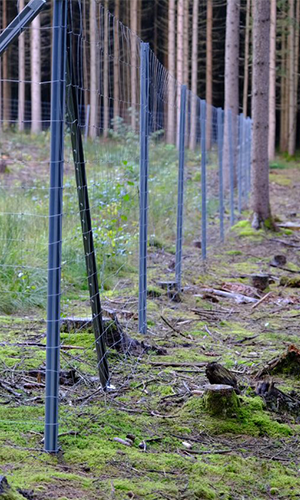 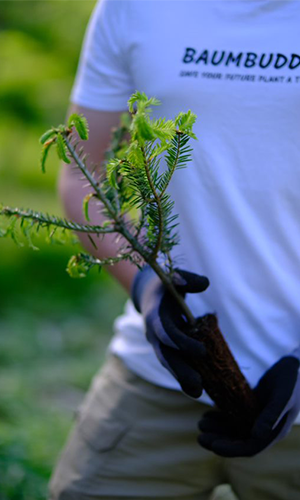 How do we ensure an optimal growth rate?

To achieve an optimal growth rate, the seedlings are purchased from local nurseries in accordance with the local flora and fauna. To protect against browsing by wild animals, we use biodegradable tree covers produced in the EU or a forest fence with a lockable gate. In order for the trees to grow into large, strong trees, it is also important that they are well cared for. Especially in the first few years, a seedling needs a lot of attention to develop properly. It is particularly important, for example, to ensure that the small plants are not overgrown by undergrowth.

How is it ensured that the trees will not soon be cut down again?

The areas that are reforested are under contractual protection for 55 years. There is also the option of keeping an eye on the forests by video and photo via a live feed once reforestation is complete. 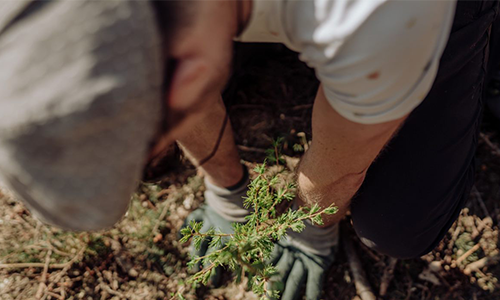 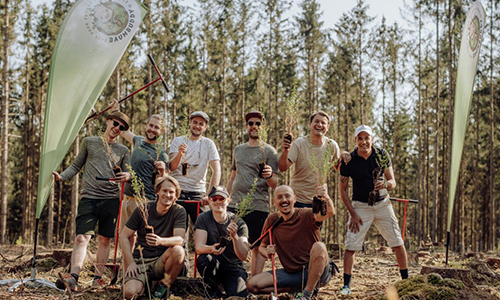 We are planting forests - will you join us?

Would you like to be part of this sustainable reforestation project? Then become a tree buddy! With a donation of only 7,20 Euro per month we can plant 12 trees in one year! The costs for the subsequent care of the seedlings are already included in this amount.
Want to make more of a difference? Great! Of course you can also donate more trees! Just choose one of our larger tree packages or simply enter your desired amount in the donation form!