Water for the region of Bahia, Brazil

Water is the source of life. Providing wells improves the living conditions.

Drought characterizes the scenery in Bahian in Brazil. Due to climate change, the situation is worsening continously. The Greenfinity Foundation is building wells for the communites so that they have access to water nearby.

Thirst is a constant issue for residents of the Bahia region in northeastern Brazil. Permanent drought prevails in this area and climate change has caused the situation to deteriorate dramatically in recent years. Rain fails to arrive in the rainy season and the population has no water for their fields and their cattle, nor for day-to-day hygiene or to drink. Disease and infection are the result, making the lives of the people much more difficult. 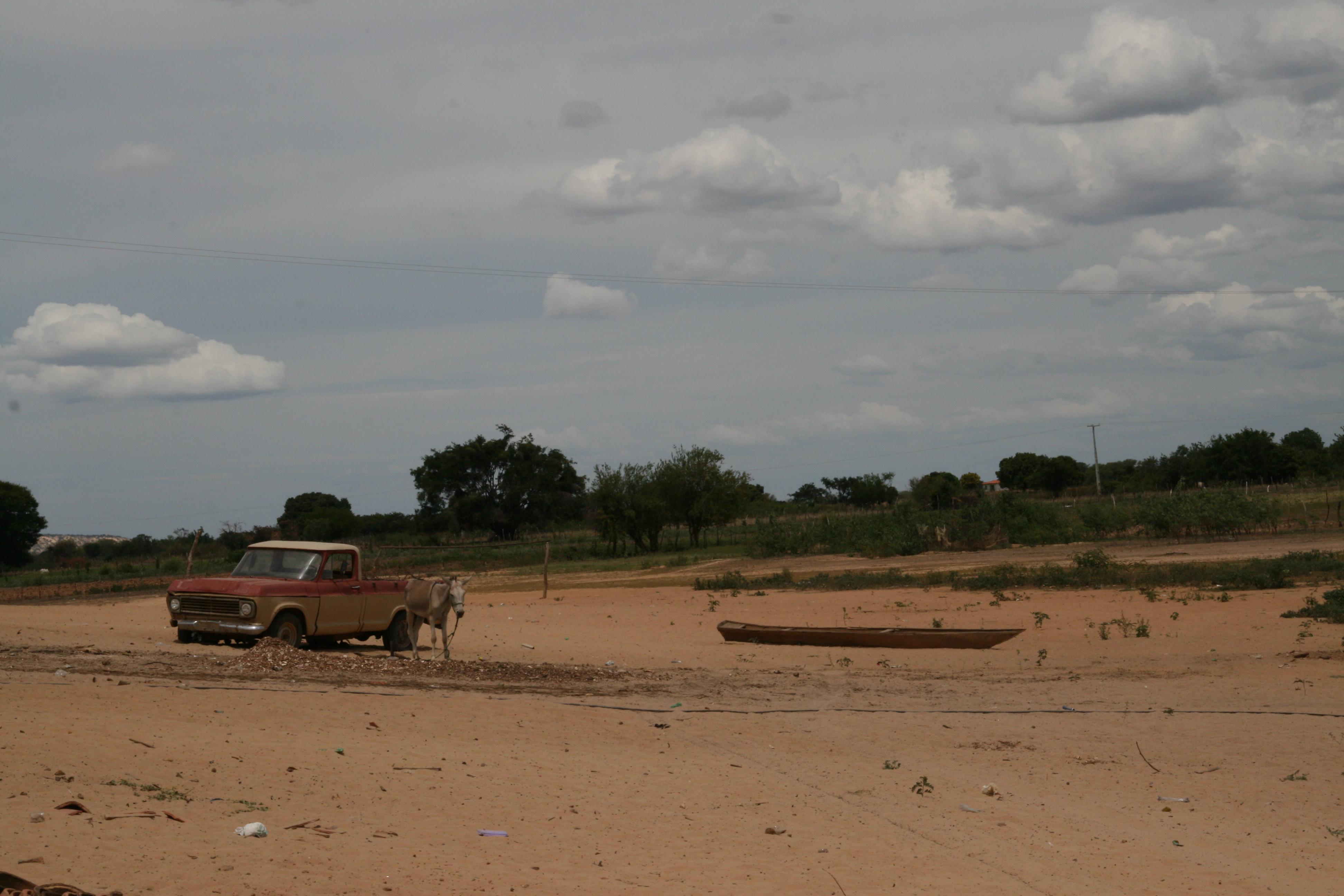 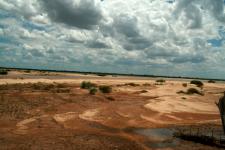 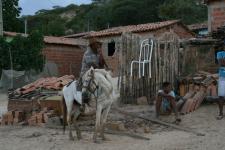 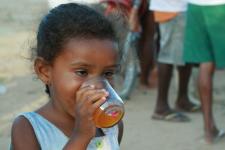 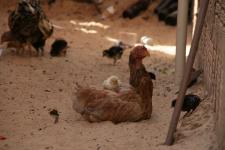 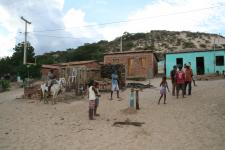 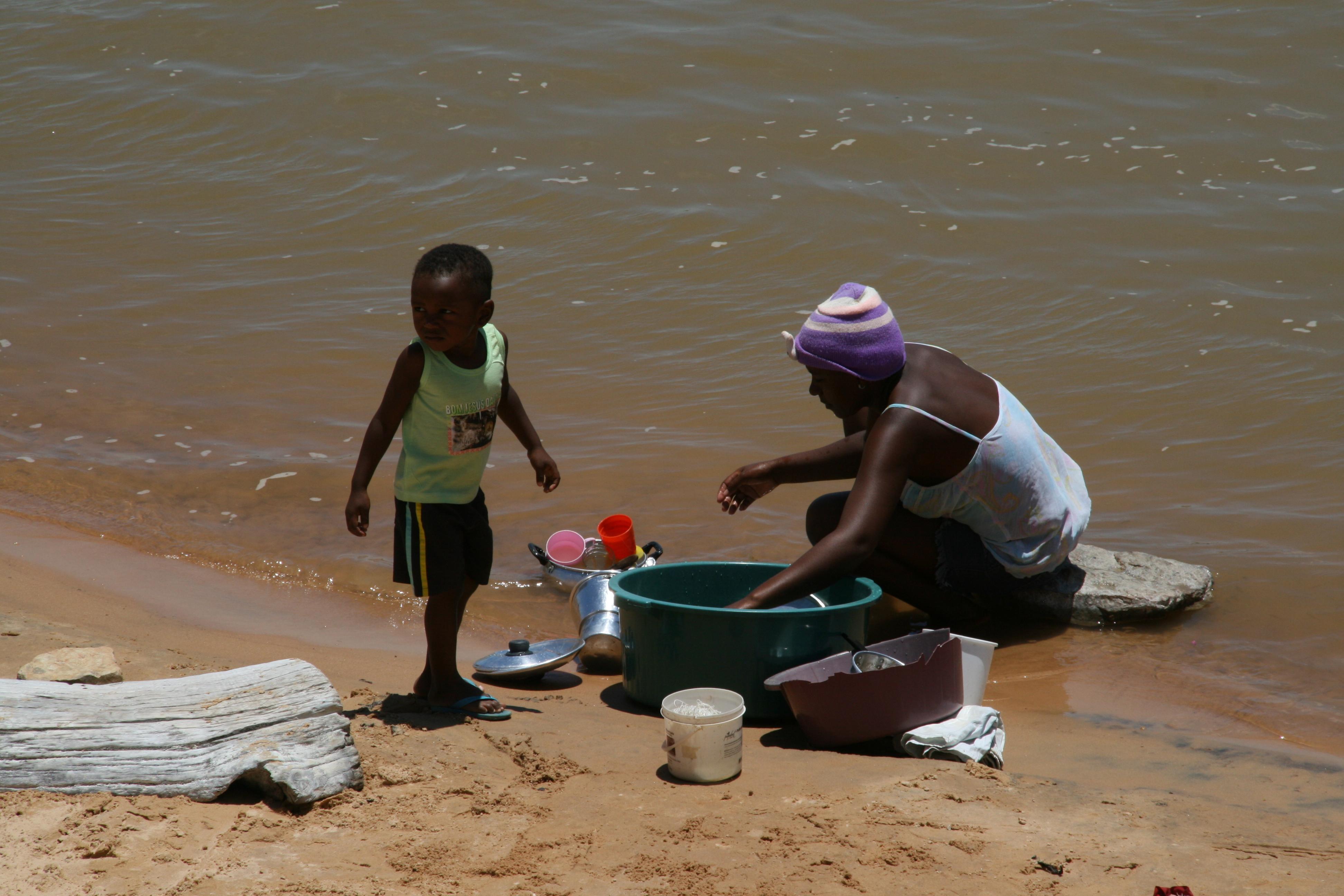 It is mainly great soy producers who buy up land in large parts of Brazil. This is why poor farmers frequently lose their land. Many of them were forced to move to the dry and barren Bahia area in northeast Brazil.
It would be impossible for the residents – who provide for themselves by growing vegetables and fishing – to access water without help, meaning that eventually they would have to migrate and settle in the larger cities.

The Styrian “Verein für Quellen & Hilfsprojekte” (association for springs and aid projects) found out that there is enough ground water in this area to secure survival of the people. It constructs water wells in a quick and simple manner, which secure water supply for the people. 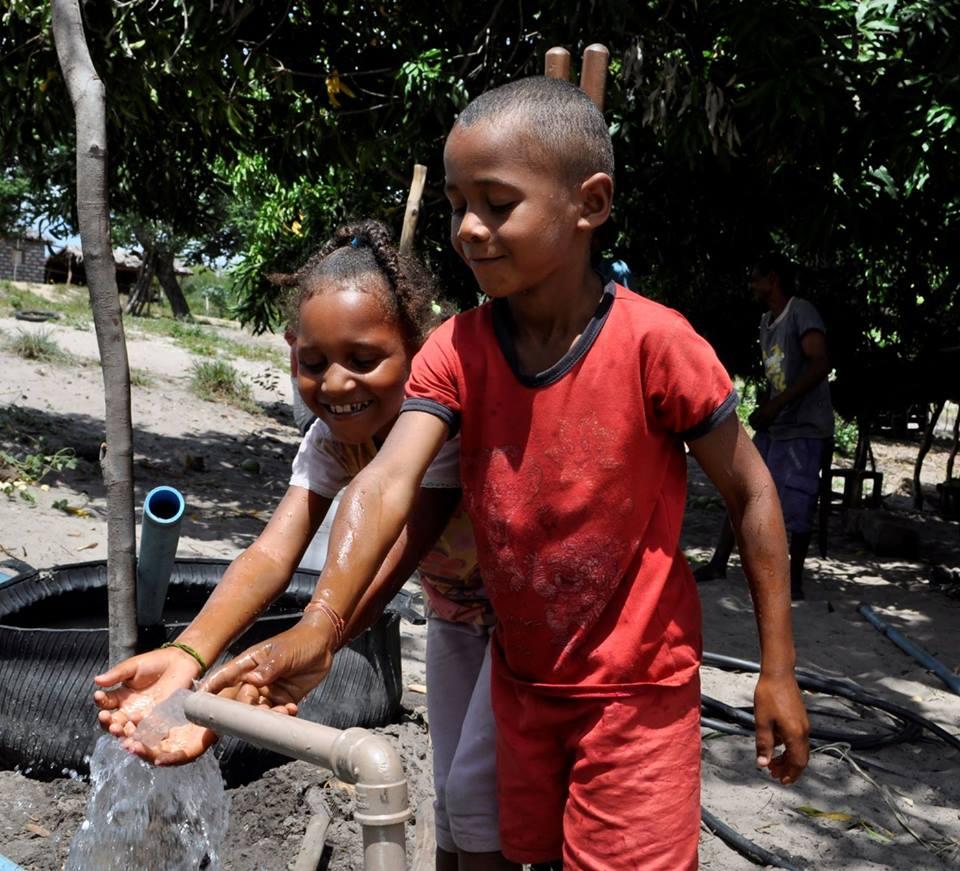 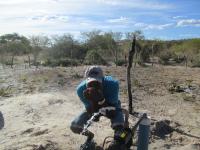 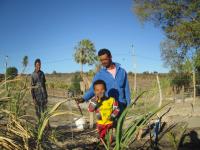 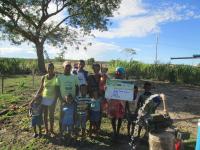 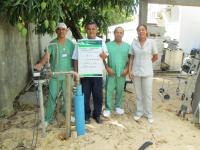 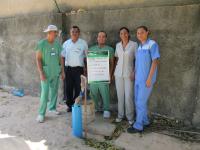 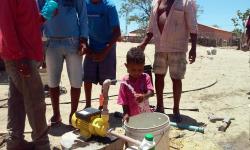 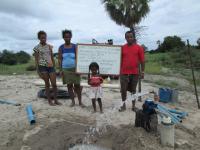 The Greenfinity Foundation has been working since November 2013 together with the Styrian association “Verein für Quellen & Hilfsprojekte” and donors from all over the world to help as many people as possible get clean drinking water. If you would also like to help, you can do so easily here:

With only 600 euros, it is possible to build a well in Bahia that supplies up to four families with clean water! 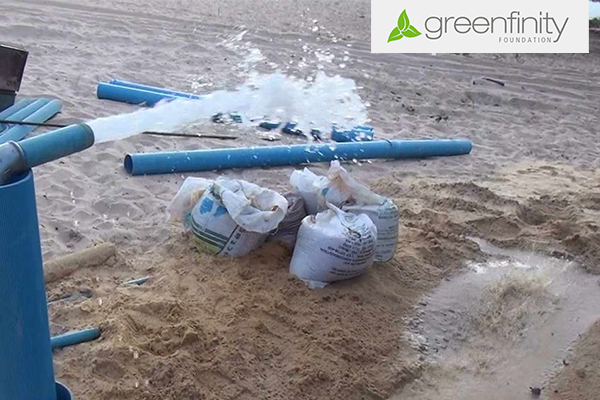 All those who are working together with us for a better world and have been... 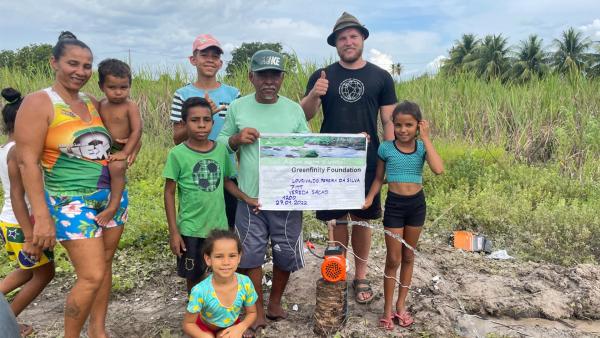 Thanks to our donors, we were able to build 32 new wells for vulnerable fam... 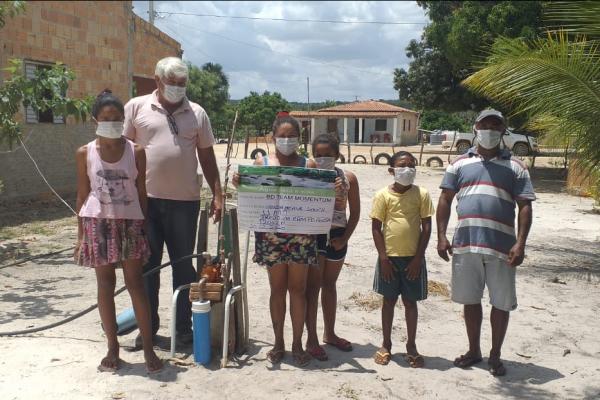 Well construction in times of the pandemic

Countless people in Bahia do not have access to safe drinking water. What d... 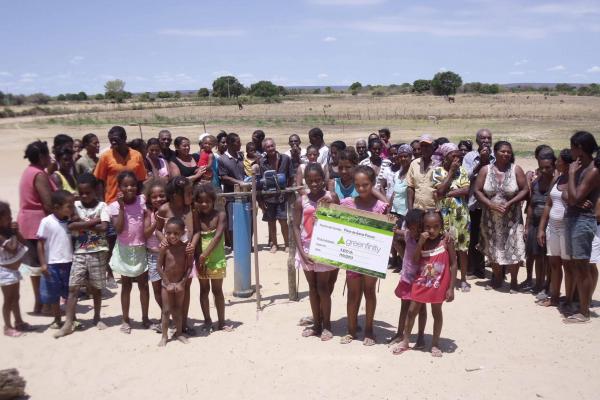 Despite difficult conditions due to the Corona pandemic, we were able to bu...

A gift that saves lives

Are you on the hunt for that special Christmas present? What about somethin... 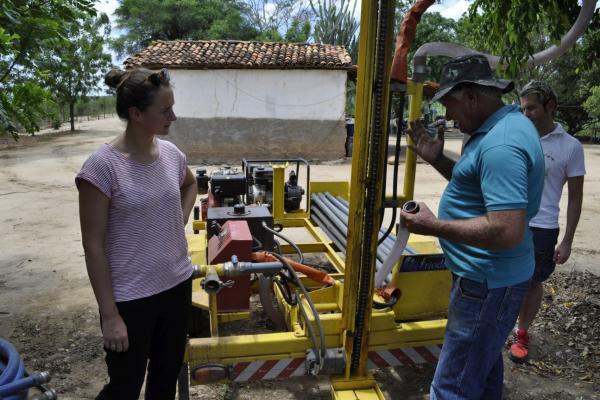 With help from donations, the Greenfinity Foundation financed the construct... 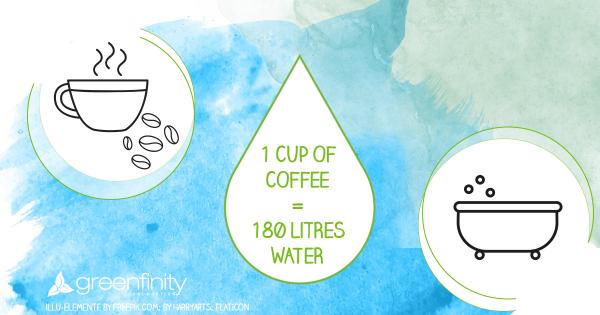 One bathtub full of water for one cup of coffee

Drinking one cup of coffee requires 140 litres of water and a café latte re... 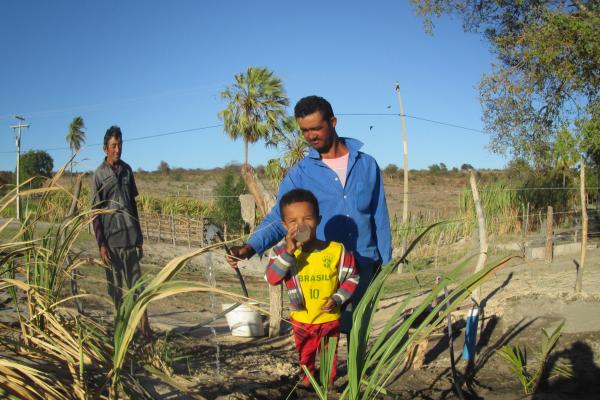 Since we started our project „Water for bahia” we have built 125 wells. 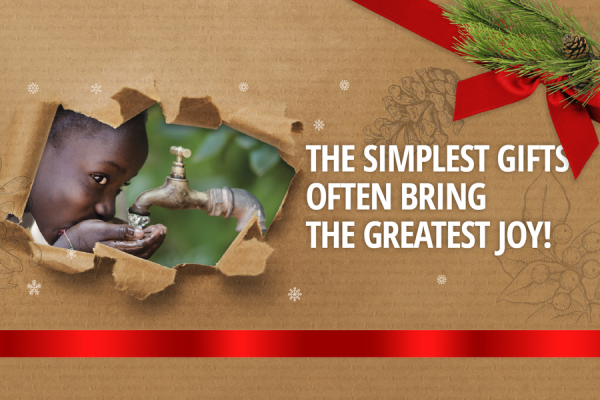 While we are often at a loss as to what to gift our loved ones, as they alr...

In the spotlight: The Greenfinity Foundation at the Lyconet Elite Seminar 2017

Together for a cleaner Brazil 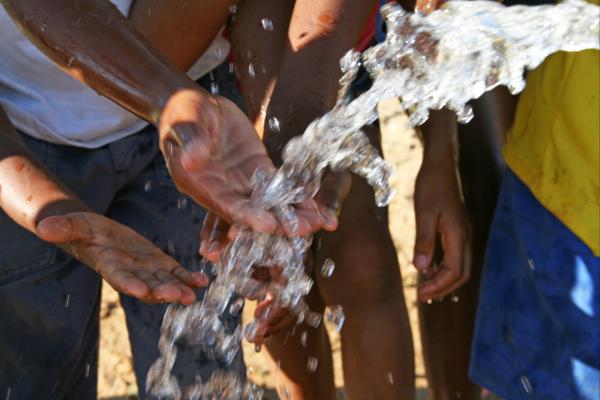 Numerous donations have been made during the Eric Worre event which took pl...

Miss Earth Austria is supporting the well construction project of the Greenfinity Foundation!

The Miss Earth Austria team has been collecting donations since June 2015 f...

The well construction project in Brazil, which has been supported by the GF... 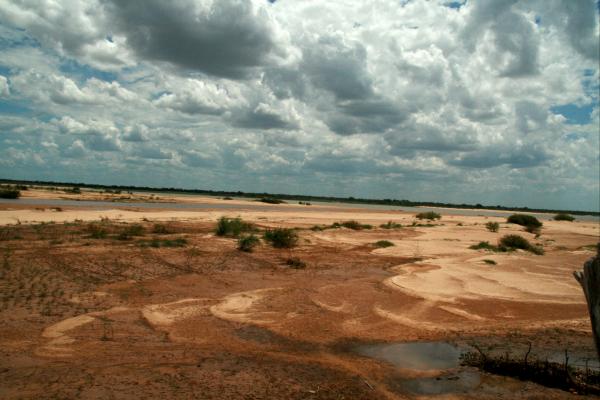 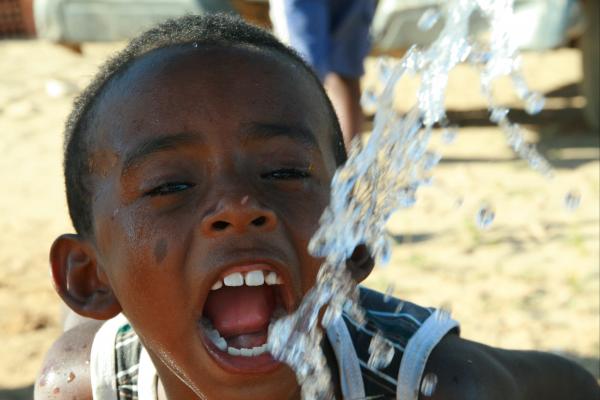 Greenfinity is happy to support the association and finances the constructi...